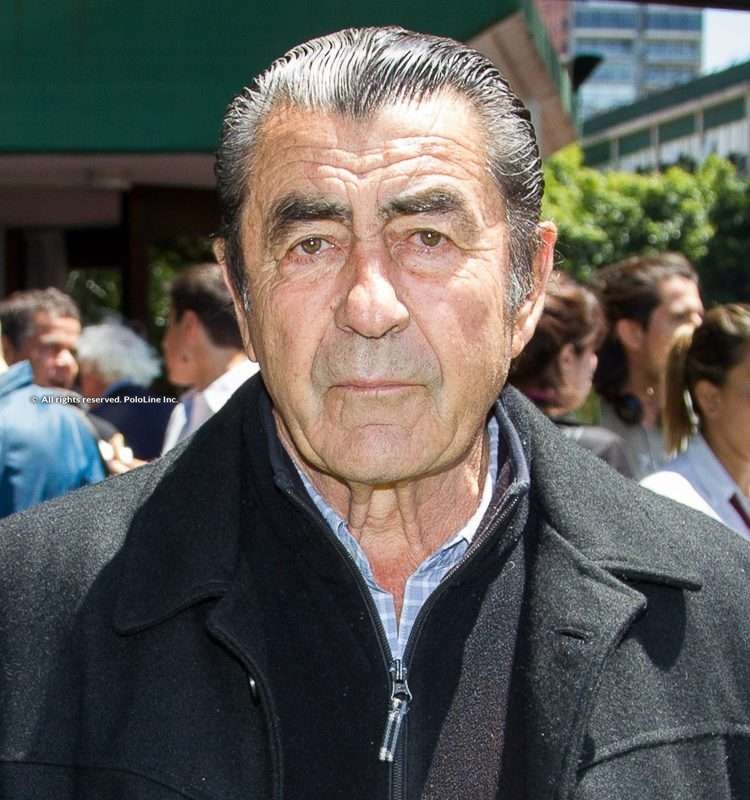 The Board of Directors of the Museum of Polo and Hall of Fame is pleased to announce that the following will be inducted into the Hall of Fame: Daniel Gonzalez, Gerald Balding, Karlene Beal Garber, John B. Armstrong, and horses Mr. Polo and Conover. The Gala this year is a milestone occasion celebrating the 30th Anniversary of the Museum’s Hall of Fame Awards Dinner and Induction Ceremony. It will be held at the Museum on Friday, February 15th, 2019.

Selected as the Living Hall of Fame Award winner, Daniel Gonzalez was a part of the American polo scene for over 35 years known both as a player and a coach. A 9-goaler in the U.S. and rated 10 in Argentina, he won every high goal tournament played on the Pacific Coast including the Pacific Coast Open and Butler Handicap. His international record is astounding having won major tournaments in England and France and the most important Argentine tournaments including 7 wins of the Argentine Open between 1961 and 1973. But his most compelling attribute is his commitment to pass on his knowledge of polo to others. Bringing players and teams to California to play for 39 consecutive years, Daniel has coached with dedication. The gift of his knowledge and expertise has proved to be an influence on a countless number of young aspiring polo players.

Gerald Matthews Balding, a dashing figure of the Golden age of polo in the 1930s, was chosen for the Posthumous Hall of Fame category. After the first World War and in his twenties, English-born Balding was invited by Robert Strawbridge, the president of the United States Polo Association to come to America “to train our boys how to play the game”. He made the trip and became an instructor for the Rumson Polo Club. He went on to become an internationally known star. A 10 goaler in England he was the captain of the British national team and as a 9 goaler in America, he won the Junior Championship in 1928, the U.S. Open in 1935 and 1936 and the Monty Waterbury Cup in 1930 and 1935. Balding represented America winning the 1930 Hurlingham Champion Cup with the Hurricanes team and rode with the American squad against Argentina in the Cup of the Americas in 1936.

To be honored with the Philip Iglehart Award for her outstanding lifetime contributions to the sport of polo will be Karlene Beal Garber. Karlene, part of a legendary polo family, has created her own legacy paving the way for a bright future for the sport. From 1997 – 2011 she chaired 11 of 14 annual charity events on behalf of the Polo Training Foundation. What began as a small gathering quickly became an international affair. It was a catalyst for major donations to the PTF and polo. On the playing field she made history in 1999 with her all women’s BTA team of Caroline Anier, Susan Stovall, Kristy Waters and herself by defeating the entire field of 13 mixed teams in Eldorado Polo Club’s January four-goal league. That season they also won the February four-goal league and the Junior Officer’s Cup. Karlene has excelled in service to polo; as PTF Chairman, as USPA Governor-at-Large, as an ambassador to the F.I.P. and as an owner of the Eldorado Polo Club.

The Posthumous Iglehart Award will be going to John B. Armstrong. A second generation polo enthusiast, John Armstrong played and won his first tournament in 1937 starting a career that saw him reach a 6 goal handicap and spanned 65 years. During that time he also served the USPA as Southwest Circuit Governor during the 1950s and was Vice-Chairman 1960 – 1962. But his true contribution to polo was his influence and the example of sportsmanship and good character he set for generations of players both on and off the field. He guided them with tips on horsemanship, team play and general good advice. Armstrong helped organize polo across South Texas and put on a number of special events to benefit others, among them a match with Prince Charles, a special match to honor Cecil Smith, and an international match between the USA and Spain at Retama. He took teams to England, Pakistan and Guatemala. He was, in a manner, a lifelong ambassador of polo.

Before Hartman Award (1964 and before)

In the early 1900s, Conover was part of the incomparable string of Harry Payne Whitney and regarded as a star of the Internationals from 1909 – 1914 played by Whitney as well as Monty Waterbury. Both Whitney and Waterbury are Hall of Famers and half of the legendary “Big Four” who, aided by a select group of amazing ponies, dominated International Polo in those years. After a long and illustrious playing career, Conover was retired and used as a trusty mount for the Whitney children.

After Hartman Award was Establsihed (1965 and after)

Memo Gracida’s memorable old war horse Mr. Polo, who more than lived up to his name, just recently died at the age of 35. Playing in his first U.S. Open at age 4, the magnificent chestnut thoroughbred gelding played with heart for Memo through over 10 years of high goal polo winning 8 U.S. Opens, always playing two chukkers. He earned many Best Playing Pony awards in other major tournaments along the way including the Camacho Cup and was featured in Sports Illustrated Magazine.

The Awards Gala and Induction Ceremony will take place at the Museum of Polo on Friday, February 15th, 2019.