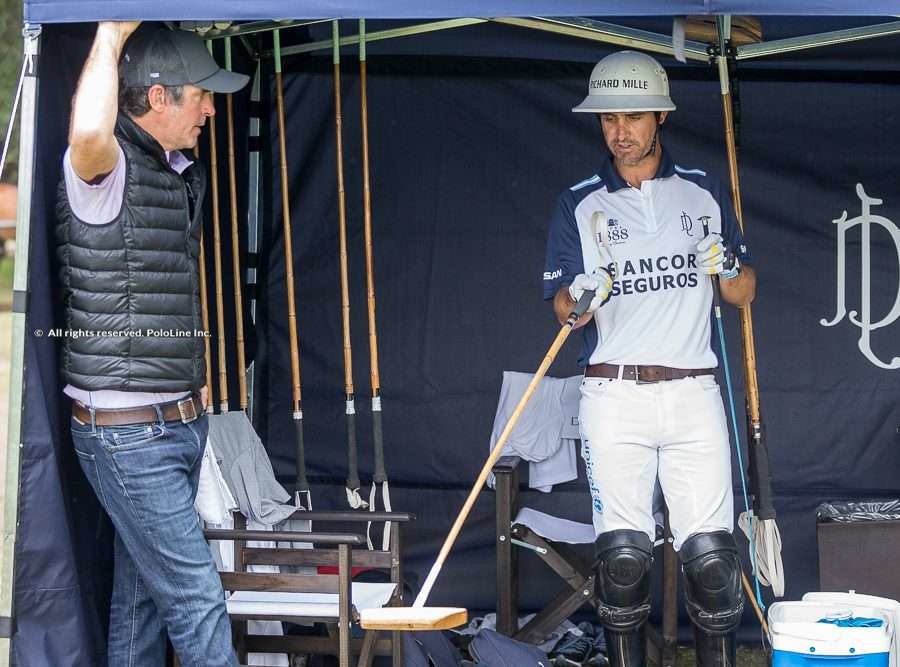 The Triple Crown has only just begun, and one of the most exciting developments of the season has already been confirmed: that Matías Mac Donough will be Milo Fernandez Araujo’s successor as coach of La Dolfina. Mac Donough has been a prominent figure in the team’s pony lines, closely following the movements of his brother, Pablo, and the horses from his La Irenita breed.

“Pablo called me a while ago, and I told him that I didn’t really have much time, that I was quite busy with a lot of things,” explains Matías, two time Argentine Open finalist. “When he returned to Argentina we spoke again, and he said: ‘We want you to be our coach,’ so I agreed to take the role. It is an exciting challenge; I have always been attracted to difficult things, but there isn’t really that much to do. I will watch the matches and see how they get on, but I don’t think I will change too much. They are four fantastic players, all in their positions, and they understand each other very well. I don’t know how much can be improved. The guys are a pleasure to watch when they are on form.”

“I have always enjoyed coaching,” continued Matias. “This year I will also be with the second La Irenita team, and I like watching them play. Coaching is something I did quite a bit one year when I didn’t play. I enjoy analysing polo.”

At the same time as fulfilling his duties as a coach for La Dolfina, Matías will be playing the Qualification tournament for the Argentine Open with La Irenita, but as he explains, this year the organisation will put two teams forward. “The two La Irenita teams are in a good place. All the teams competing will be tough to beat. I have said it from day one: the team that has their horses in the best shape will win. There isn’t a favourite. We will know soon enough how we are.”

Matías Mac Donough’s task as a coach for La Dolfina will be no easy feat, especially if we consider the achievements of his predecessor, Milo Fernández Araujo. The former Indios Chapaleufú II player set a precedent as coach, redefining the role. By his side, La Dolfina became champions of Tortugas and Palermo from 2013-2018. “The truth is that it was a bit of a hot potato,” says Matías about the job. “I don’t know if they asked someone else before me or not, but it is a tough role to fill. Milo left the bar incredibly high. But the team in is place, the task is to see to it that the horses go well and that the players are motivated. I have heard Milo speak many times in the La Dolfina pony lines when I was there. I hope that he can throw me a few tips, if he has any, to see how I can get through to the players. They are all superstars. I imagine that it is not easy telling them certain things. We will see how we can establish a good dialogue.”

To conclude, Matías Mac Donough stated: “Their objective is to win every single match. They will take it game by game, and not think much beyond their next match.”