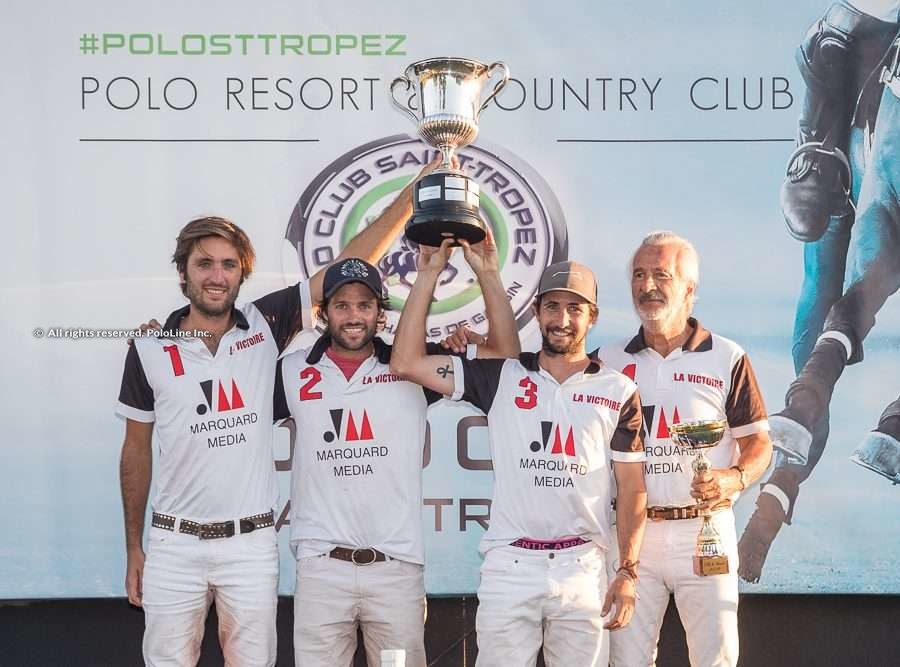 The Open de Gassin came to an end on Sunday at Saint Tropez Polo Club with two finals: the 15-goal and the 10-goal. The tournament saw fourteen teams, split into two categories, compete.

Both finals were streamed live via POLOLINE TV.

The event included a fabulous edition of ‘Sunday Polo,’ as is usual on finals day on the French Riviera. The latest ‘Sunday Polo,’ held on July 28, was ‘Beach Polo Party’ themed, and welcomed over 500 guests.

First up, Marquard Media and Chateau d’Aulne went head to head for the 15-goal title. The teams had faced each other in the opening match of the group stages, where Marquard Media claimed a narrow 6-5.5 win. This time it was a similar situation. Chateau d’Aulne/Twenty 20 were great in defence, which forced Marquard Media to shoot from a distance, and luckily for them, Martincito Aguerre was there to put the ball through the posts. However, Alexis Pouille de Balkany and Santiago Zubiaurre were on form and their team maintained the advantage. But in the last minutes of the match, Ramiro Zavaleta stole the ball and made a run for his opponent’s goal. He scored and sealed the win for Marquard Media, securing a back-to-back Open de Gassin win for Tommy Rinderknecht’s team.

Next, Battistoni and Antelope battled it out for the 10-goal title on ground 1 of Saint Tropez Polo Club. Antelope, runner-up in the International Polo Cup two weeks before, was looking to win the trophy. But Battistoni had a secret weapon in 5-goaler Juan Jauretche, who will be playing the upcoming qualification tournament for the Argentine Open. The match was very tough, with few runs to goal from wither team. Antelope ended up claiming the win thanks to a great defense by Guillermo Li and Simon Zavaleta, and the efficiency Nathan Begaud, who scored when his team needed it most.

Action at Saint Tropez Polo Club will resume on Thursday, August 1, with the start of the Cote d’Azur Cup. The tournament will see fourteen teams, split into 10- and 18-goal categories, compete. 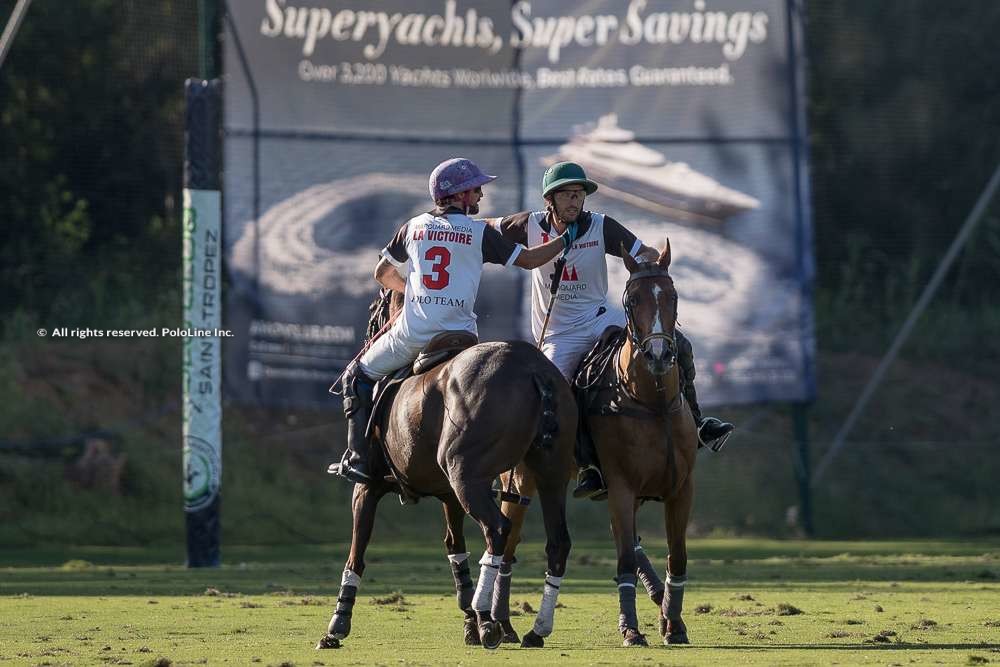 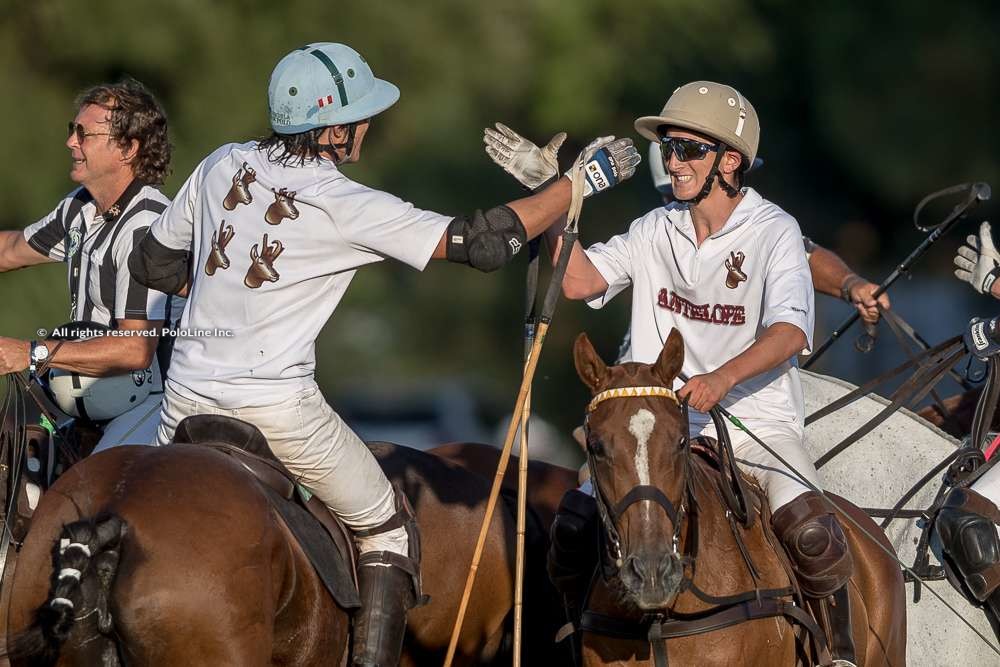 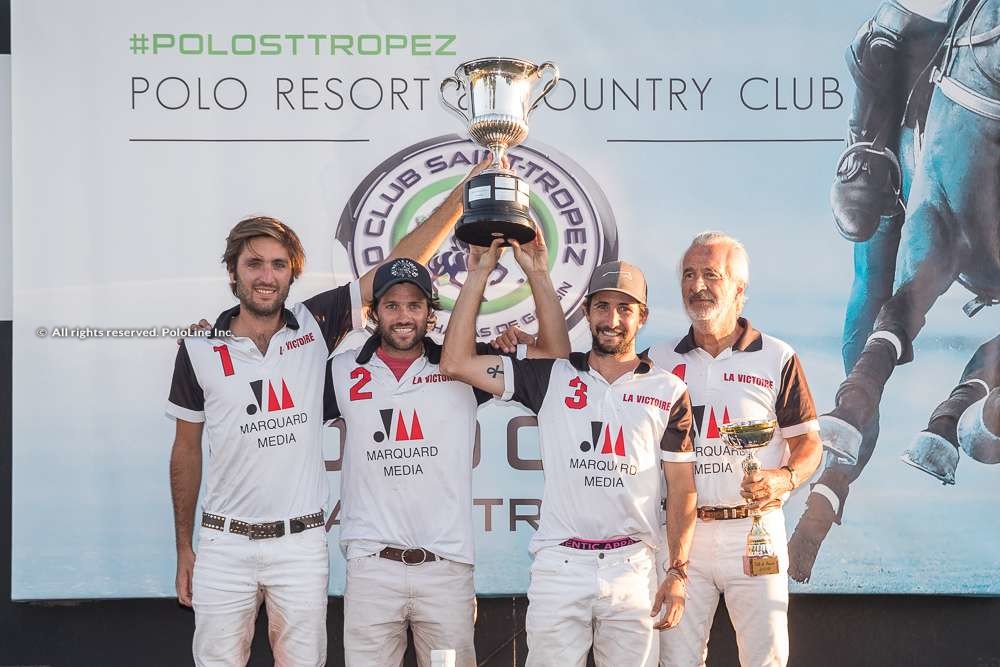