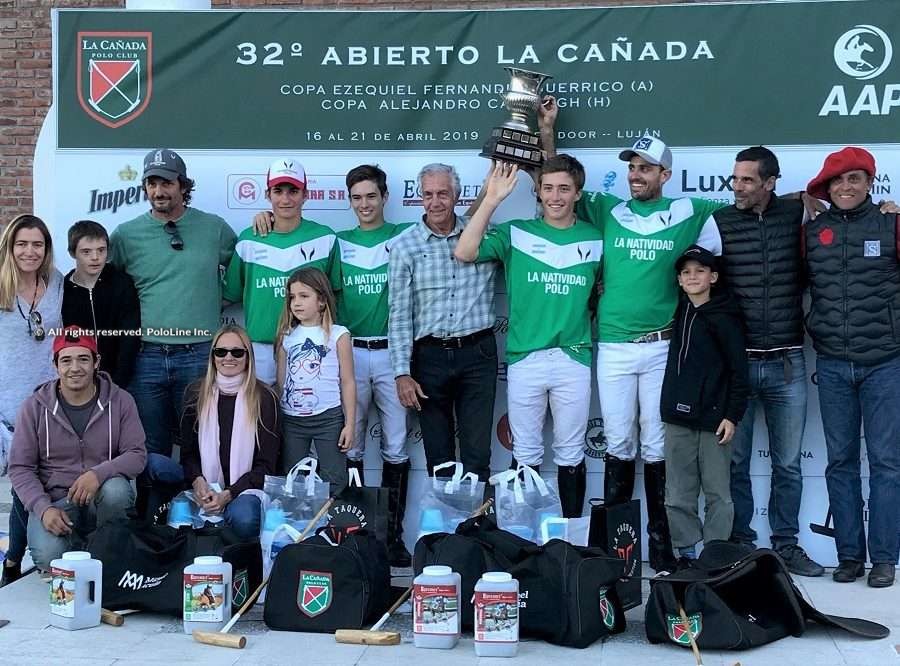 The finals of the La Cañada Open, one of the most remarkable tournaments of the Autumn season, in Argentina, were played at the club based in Open Door, on Sunday. The championship match for the main trophy, the Ezequiel Guerrico Cup, between La Natividad Washington and Magual, not only was a display of great polo but also featured many new faces, a new generation of polo players who are ready to show they are up to it.

La Natividad Washington’s Castagnola brothers, Camilo and Bartolito, fit to perfection through their amazing performance both in attack and defense, very well supported by another talented young gun, Rufino Bensadon, whom they already played for Desert Palm, in Dubai. In addition, they had Facundo Sola as the back and the most experienced man within the foursome.

Together, the members of La Natividad Washington dominated both the score and the match, led by MVP Camilo Castagnola, who scored no less than seven goals, and emerged as the brilliant winners of the competition.