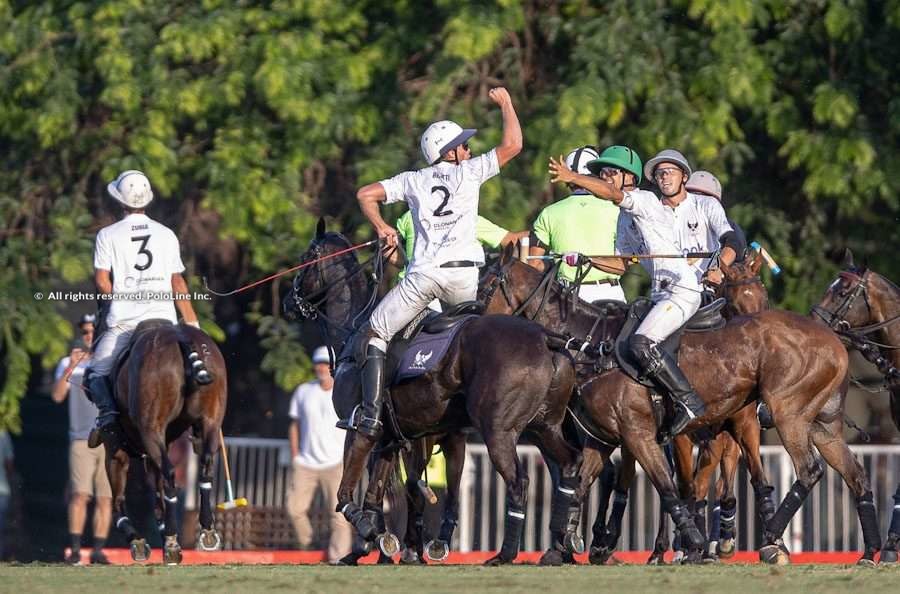 The 128th Argentine Open is in full swing, developing in a most unexpected manner, and Saturday, November 20, was not different. The second League A game, on Palermo’s number one ground, was quite a thrilling affair.

The most important tournament of the world sees ten teams up to 39 goals, compete, split in two leagues.

The next match was very different. Reigning champions La Dolfina Saudi took to the field to play the talented La Ensenada team. The match was much anticipated, and it did not disappoint.

La Ensenada got off to a strong start, surprising Adolfo Cambiaso and his teammates. It was a good match, hard fought by both teams. While the score was tied on several occasions, La Ensenada were a real challenge for La Dolfina. They pressured their opponents while working well as a team.

The match really came to a head in the last two chukkas. The match was tied at 8-all at the start of the seventh chukka. A quick goal by Pelón Stirling finished gave La Dolfina Saudi the lead, butLa Ensenada replied converting two penalties, meaning that they now held a narrow 10-9 advantage with only one chukka remaining.

Zubía scored a field goal, but La Dolfina replied quickly as Cambiaso converted a penalty. Zubía went on to convert another penalty, securing a two goal advantage for La Ensenada (12-10). La Dolfina Saudi pushed back, winning another penalty which was successfully converted by Cambiaso to narrow the difference down to one. La Ensenada were determined to win, and they did it. The bell rang and they young team won the match 12-11.

“We took this match very seriously, and we always knew we could win,” says Alfredo Bigatti. “We didn’t play that well against Chapaleufu, so the plan was to stay focused. The key was to not fall behind in the score. It is amazing to play against Cambiaso, everybody knows what it means to play against him. The score can be tied in the last chukka, but Cambiaso rises in difficult situations. Fortunately, we were able to control that.”

Ernesto Gutiérrez, La Ensenada’s owner, stated: “This win marks a turning point. Beating La Dolfina is a good starting point. I think the boys were ready to win today. Perhaps they were too confident in their previous game against Chapaleufu. That match taught them a lesson. They learnt how to play, and realised against who they were playing. That’s why they made changes in the first chukka today, and they played one of their best matches ever.”

The final of the Argentine Open is set for Saturday December 11.