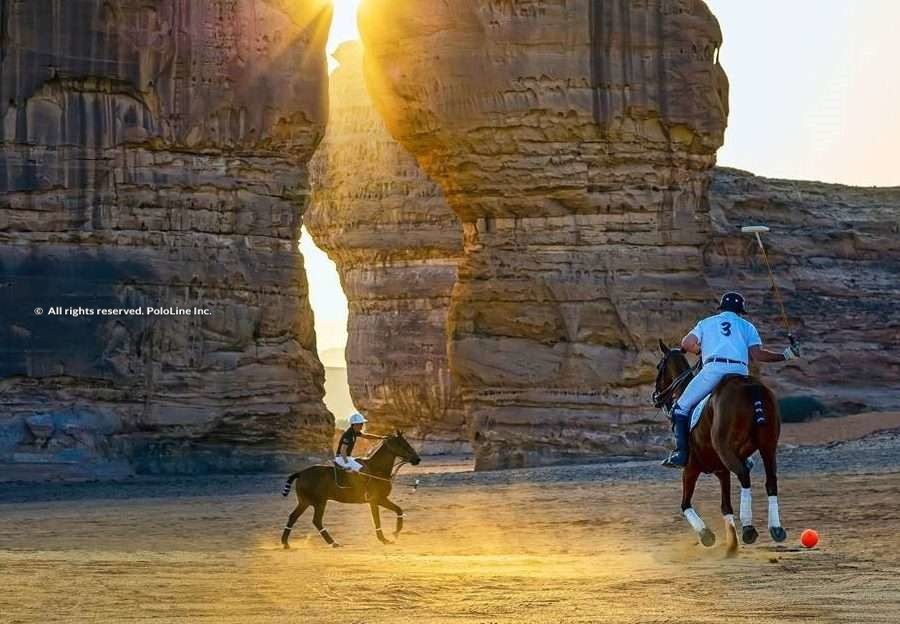 On Januray 16 to 18, players from La Dolfina, the world’s most celebrated polo team, are set to compete in the inaugural Desert Polo tournament at the breathtaking AlUla UNESCO world heritage site.

Desert Polo, which is set to make Saudi Arabian history as the first tournament hosted by the auspices of the newly formed Saudi Polo Federation, is to make its debut from January 16-18, 2020. It will be the highlight of the “Winter at Tantora” festival, which celebrates the cultural heritage of the beautiful and historic Al Madina Al Munawara region over a three-month period.

Players from La Dolfina, fresh from their seventh consecutive Argentine Open victory, will head to the towering sandstone mountains and sweeping canyons of AlUla, a site of civilisation dating back 200,000 years. There they will lead invited players and patrons in a glamorous two-day polo event.

Adolfo Cambiaso, founder of La Dolfina, will be joined by teammates Pablo Mac Donough, David Stirling and Juan Martin Nero.  “I’m looking forward to visiting AlUla with the team,” shared Cambiaso. “Polo has taken me all over the world but to play in an ancient heritage site with such strong horsemanship heritage is a first for me. I am honoured to be asked to participate in the first official polo event held in the country and very excited about the developments being made by the Saudi Polo Federation and what that means for the growth of our sport.”

Amr Zedan, Chairman of Saudi Polo Federation and a well-known patron, welcomed La Dolfina to the Desert Polo line-up: “Hosting players like Adolfo [Cambiaso] and Pablo [Mac Donough] adds a real star power to Desert Polo,” he said. “Polo in Saudi Arabia is beginning its journey of development and we are incredibly proud to use this event as a vehicle to promote not only the changes that we are making in the governance of this sport but also as a way to promote the largely untouched beauty of our country.”

”Winter at Tantora” is offering a special polo package, for one day or three days featuring a special “Introduction to Polo” clinic. A limited run of 150 one-day tickets are available for 2,500 SAR to Winter at Tantora’s weekend and one-day package holders, while 150 three-day tickets, priced at 3,500 SAR each, are available to weekend package holders. This includes a 1-hour introduction clinic to polo, with a maximum limit of 10-per-day (first-come first-serve basis).