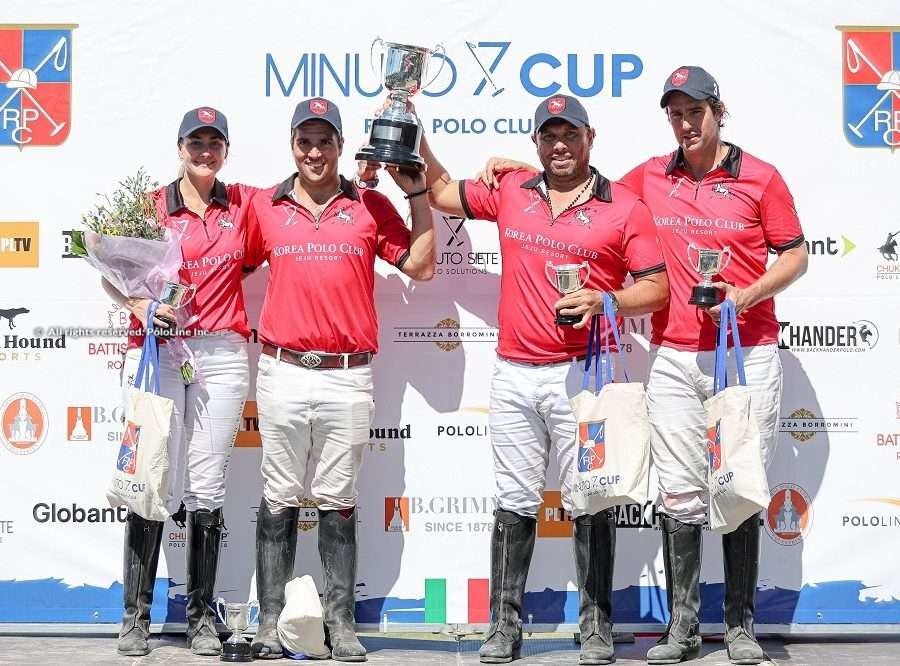 The finals of the first edition of the Minuto Siete Cup took place last Sunday, at Roma Polo Club, in Italy. The tournament saw six teams up to 12 goals, in participation. Korea Polo were victorious over Battistoni in order to claim the trophy for the first time ever in the history of this tournament. In addition to the main final, the championship match for the third place was also played.

Korea Polo got off to an overwhelming start, earning a commanding 4-1 lead in the first chukka; they dominated the match and the scoreboard until they reached a commanding 7-2 advantage by half time, thanks to several goals produced by Segundo Condesse. However, the second half would be a very different story – under the leadership of the highest rated played on the field, Juan Jauretche, Battistoni bounced back, and in the fourth and last chukka, they earned a 8-all; but with only one minute left in regulation time, Korea Polo won the throw-in, Miguel Díaz picked the ball, hit a long shot to Segundo Contesse who managed to score the goal that secured Korea Polo the win and the title.

THE FINAL OF THE MINUTO SIETE CUP WAS STREAMED LIVE ON POLOLINE TV.

Minuto Siete Cup, the summary of the finals:

RELIVE THE FINAL OF THE MINUTO SIETE CUP (POLOLINE TV)