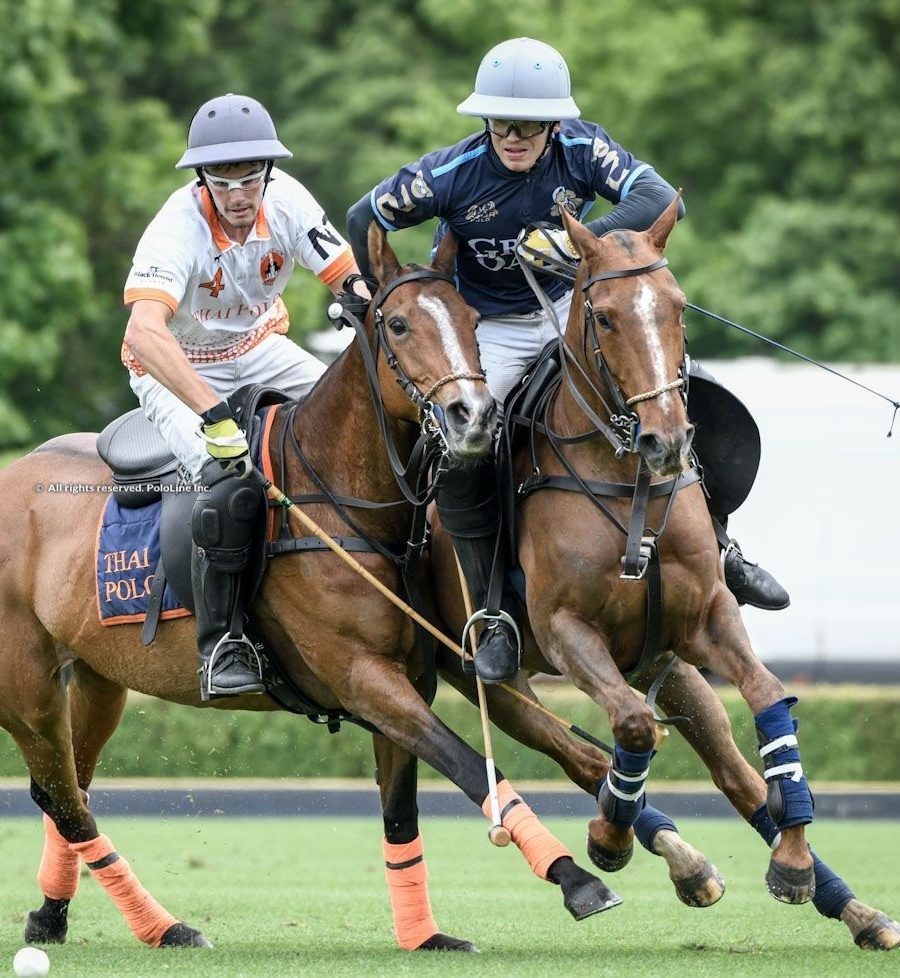 Great Oaks Les Lions and Thai Polo NP went head-to-head on the Les Lions grounds, under incessant drizzle. Thai Polo, with Simón Prado subbing in for Glen Gilmore, dominated the first chukka, but things would change from the second chukka onwards, when Dillon Bacon’s team took the lead. They retained their advantage throughout the six chukkas of play. Determined to seize control of the game and the scoreboard, they secured a four goal gap (10-6) with only one chukka left to play.

Halfway into the sixth and last chukka, Cruz Heguy, the match MVP and one of the best players of the tournament so far, scored Great Oaks Les Lions’ last goal to make it 11-6. While Thai Polo managed to score a couple of times more, the damage was done; Great Oaks Les Lions secured their second win in the tournament – placing them as a serious contenders for the title.

The 2022 edition of the Justerini & Brook Prince of Wales Trophy sees ten teams, up to 22 goals, compete for the title.

THE JUSTERINI & BROOKS PRINCE OF WALES TROPHY IS STREAMED LIVE ON  POLOLINE TV.

*Subbed in for Glen Gilmore.

The Justerini & Brooks Prince of Wales Trophy will resume on Wednesday, May 11:

11am: Twelve Oaks vs Park Place, at Zacara.