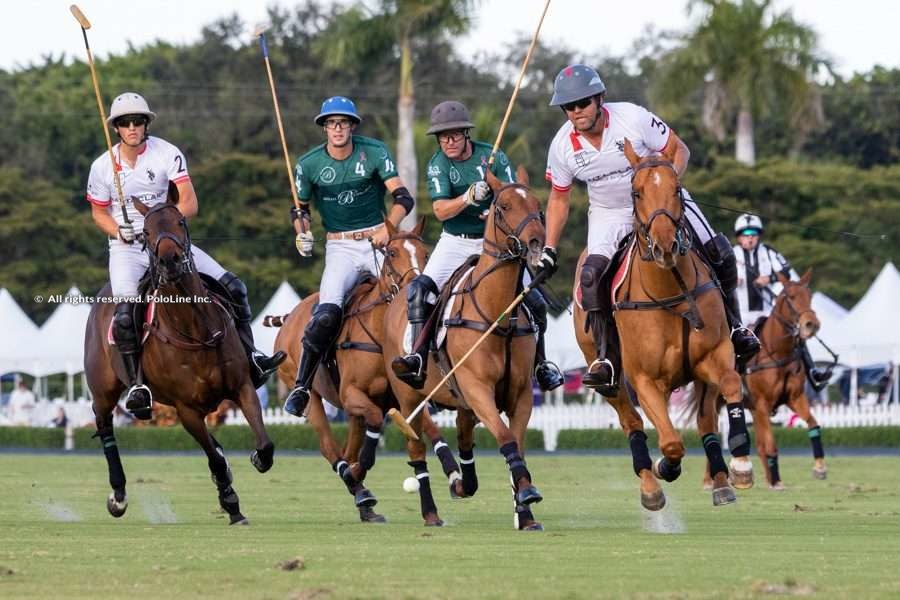 Santa Clara, the team comprised of two father-son duos (Luis and Lucas Escobar, and Matías and Keko Magrini), took a narrow 11-10 win over Beverly Polo in the Joe Barry Memorial Cup, that was played at International Polo Club Palm Beach on Sunday. Santa Clara were making their debut in the tournament, whereas Beverly Polo had already played one match, in which they defeated Palm Beach Equine.

Bill Ballhaus’ Beverly Polo got off to a strong start, taking a 6-4 by half time, but as of the fourth chukka, the Escobar-Magrini squad put up a real fight.  back battle. Both teams scored several times, until the scoreboard read 10-all in the sixth chukka and the bell sent the match into OT. With 5m 46seg on the clock in extra chukka, Keko Magrini sealed the deal by scoring a golden goal that gave Santa Clara a very important victory.

In the traditional awards presentation held after every Sunday game at IPC, Tolito Fernández Ocampo was named MVP, and Don Ercole Elite, ridden by Matías Magrini, was chosen as BPP.

The Joe Barry Memorial Cup, the second 18-goal competition of the season in Palm Beach, resumes on Wednesday, January 13, with a match between Palm Beach Equine and Santa Clara, due at 3,30pm (Isla Carroll West).

The final of the Joe Barry Memorial Cup is set for Sunday, January 17.