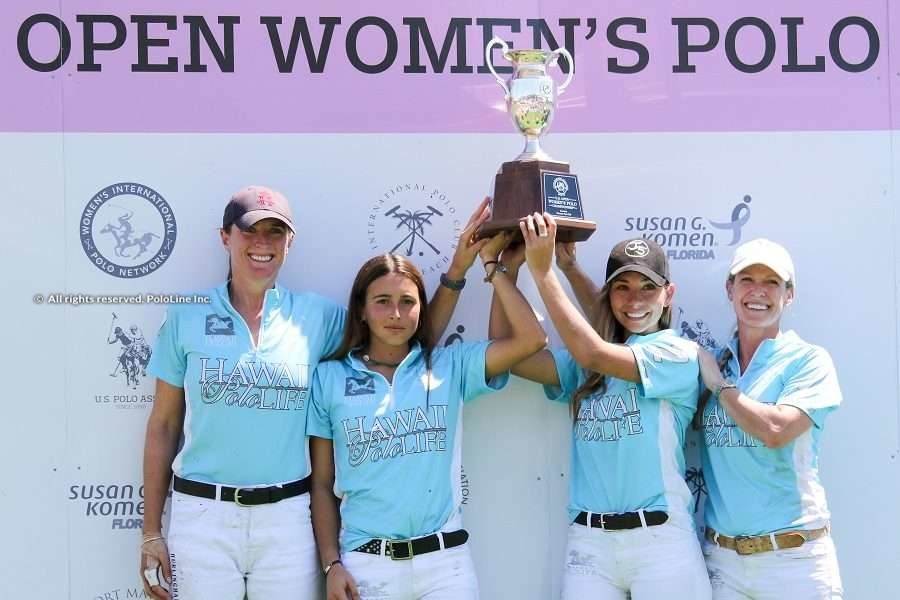 Edging their way past teams in bracket play comprised of the best women’s players in the world, Cabo Wabo and Hawaii Polo Life entered the Susan G. Komen U.S. Open Women’s Polo Championship Final 3-0 on Saturday, March 23, at the International Polo Club Palm Beach (IPC) in Wellington, Florida. Relocated from Houston, Texas, to South Florida for 2019 the tournament faced some rain delays with preliminary games being split between Port Mayaca Polo Club in Okeechobee, Florida, and IPC. Showcasing strategic team organization and exceptional horsepower, the women of Hawaii Polo Life demonstrated their prowess in the second half to definitively claim the championship title 10-5.

Utilizing the sharp reflexes of a 10-goaler, Nina Clarkin skillfully took a pass from Mia Cambiaso around defenders to score the opening goal within the first thirty seconds of play. An offensive powerhouse from the start, Hawaii Polo Life successfully prevented Cabo Wabo from completing any of their set plays in the first chukker, enabling the team in blue to pick up another field goal and an impressive Penalty 4 conversion.

As play intensified in the second, costly fouls against Hawaii Polo Life gave Cabo Wabo the opportunity they had been waiting for to get on the board. Countering Clarkin’s early Penalty 2 conversion, Hazel Jackson went to the penalty line three times and did not disappoint. Pulling her team forward, Jackson’s precision narrowed the gap and ended the half 4-3 in favor of Hawaii Polo Life.

Only a one-goal difference headed into the third, both teams made powerful and strategic plays in their attempt to gain a significant lead. The first to strike was from Mia Cambiaso, taking advantage of a broken knock-in to swiftly put the ball between the opposing goal posts, Hope Arellano retaliating soon afterwards. Closing in on Cabo Wabo’s goal, Hawaii Polo Life was poised to take advantage of every mistake, Clarkin securing a two-goal lead 6-4.

Their momentum and confidence continuing to build, Hawaii Polo Life peaked in the fourth, delivering an explosive series of four consecutive field goals to assert their dominance. All her goals coming from the penalty line, Jackson converted a final Penalty 4 before conceding victory to Hawaii Polo Life 10-5. 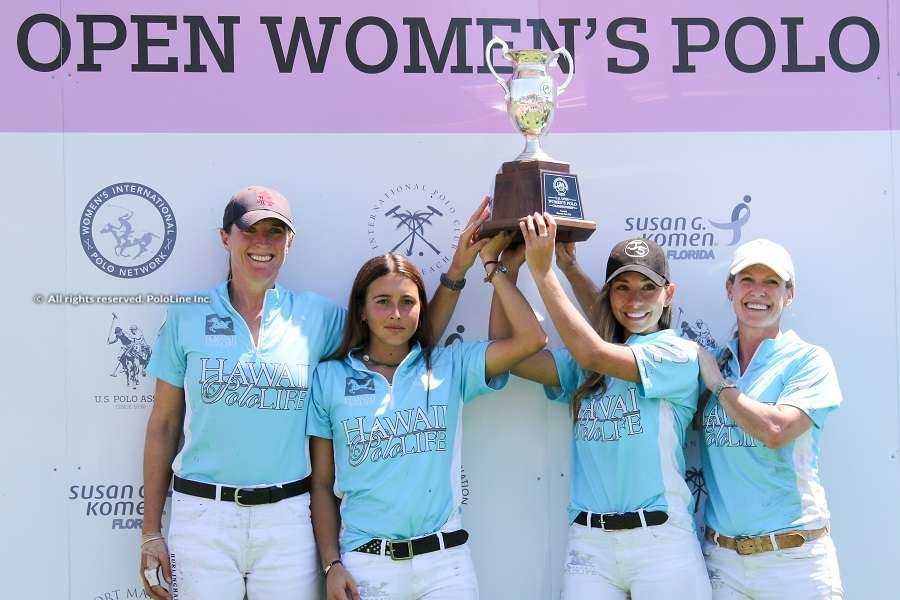