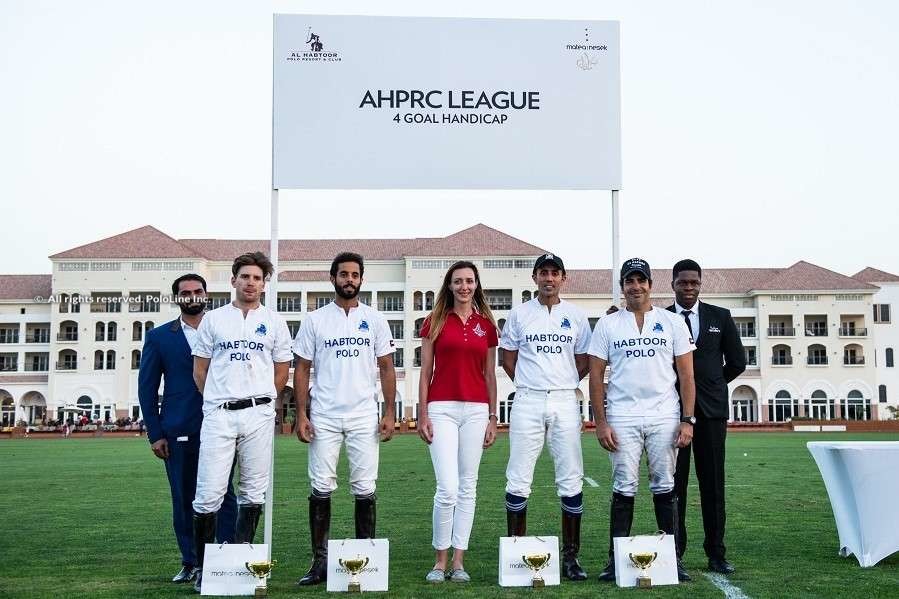 Another AHPRC League has come to an end. With a total of four teams between 4 and 6 goals in competition, during a whole week, the AHPRC League is held every month at Al Habtoor Polo Resort Club, being one of the first tournaments within the region.

On the last day of the league, Los Alerces and Hesketh Polo played a very close match, in which Hesketh emerged vas the winners with a narrow 6.5-6 score.

The final match between Habtoor Polo – received two goals on handicap – and AM Polo, saw Habtoor (Mohammed Al Habtoor, Habtoor Al Habtoor, Raja Abuljebain, Justo Cuitiño) grab a quick lead in the first chukka, maintaing it up the end to claim a 6-4 victory.

Matea Nesek, Founder of Matea Nesek Perfumes, awarded the winners of the day. The Most Valuable Player award was presented to both Sultan Edrees and Larry Masterson.