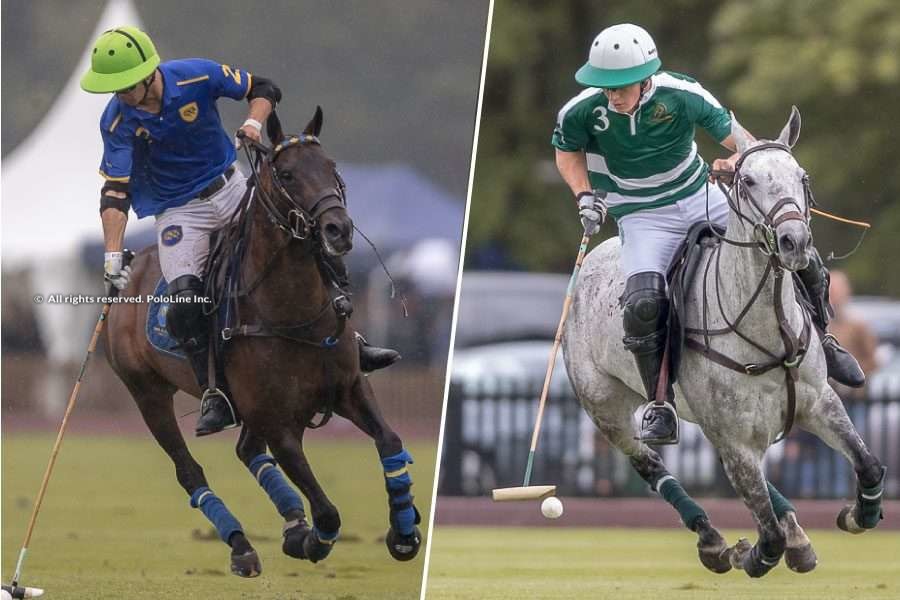 All is set for the eagerly awaited Gold Cup semifinals. On Wednesday, July 17, Park Place, VS King Power, Dubai and Scone will fight for a place in the championship match, which will take them one step closer to claiming the coveted golden trophy.

Juan Britos and Bartolomé Castagnola Jr., two of the youngest and most talented players competing in the British high goal season, will be representing Park Place and Dubai, respectively, in the semifinals. Juano is the longest standing player on Andrey Borodin’s team, while Barto has shone, proving that he and his brother Camilo are among the biggest emerging stars of the sport. Their talent has guided Ali Albwardy’s Dubai into the semifinals of this prestigious trophy.

Before the semifinals, PoloLine spoke with Britos and Castagnola about their expectations for the match:

“I am very grateful to the team, it is a great organisation. I am very happy.”

“The match against Emlor was open, but very tough, too. We put a lot of pressure on our opponents and we managed to hit all the backhanders; they did the same, but  better than us. We had to change our strategy in the last two chukkas. Emlor is a great team, and they played very well over the season.”

“The result[they beat Emlor 9-8] was thanks to a big team effort; it is not easy to fight back from a five goal gap. My teammates are great, we remained calm and gave our best.”

“This will be my first time playing the semifinals of the Gold Cup. I am very excited and happy, and I am proud of this team. I would like to thank my whole family in Argentina, because they have supported me throughout my whole career. I am here thanks to them.”

“I am very happy. This is my first time playing the Gold Cup and we are through to the semifinals. The match against La Indiana was very tough, very even, but fortunately, we were able to win it.”

“The winning goal? I didn’t think about that, trust me. I only knew that I had to get the ball and keep it. I either win or lose. In the end, Jeta [Barto’s brother Camilo] scored a fantastic goal.”

WATCH THE INTERVIEWS ON POLOLINE TV: