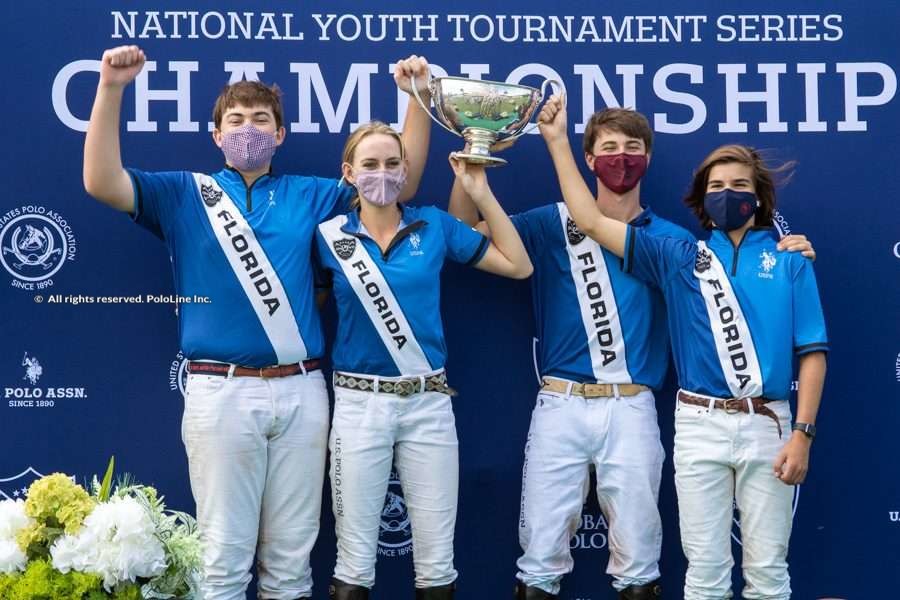 The NYTS program was set up in 2013 to give outdoor clubs the framework for hosting USPA-sanctioned tournaments. Players aged 19 and under, holding a minimum -1 goal handicap, are eligible to participate. This gives young players the opportunity to compete against their friends. A unique and crucial step in the development of young players, the program instills valuable lessons about being a team player, while improving a participant’s polo game. At each qualifier, NYTS All-Stars are named for their exceptional horsemanship, sportsmanship and skill, both on and off the field. Players nominated as All-Stars are eligible for selection in their respective zones for the National Championship Cecil Smith Cup and NYTS Girls Championship.

The NYTS Subcommittee was forced to make the difficult decision this year to host just one Open Division at the Championship level. The USPA is pleased that the teams are well represented by both male and female participants and will be showcasing the top youth players. Therefore, the 2021 edition of the NYTS saw only four regions compete: Western, Central, Eastern and Florida. All played at Port Mayaca Polo Club, while the final was held on ground one at the prestigious International Polo Club Palm Beach.