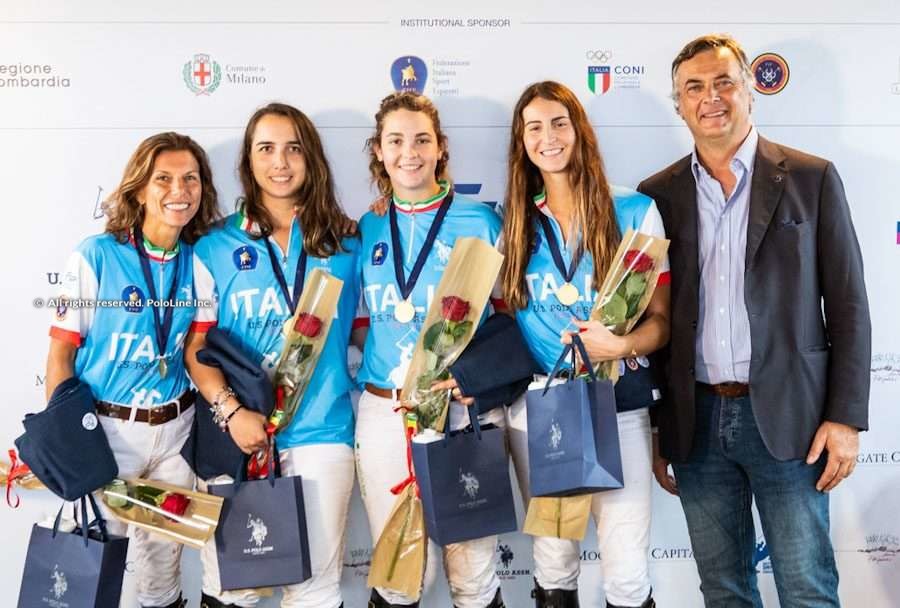 Italy narrowly defeated England 6.5 goals to 6 to win the U.S. Polo Assn: FIP III Ladies European Championship. The final took place on Sunday, September 26, at Polo Club La Mimosa, in Pogliano Milanese – a very British styled corner of Italy, located just a few minutes from the centre of Milan. Italy is honoured to be hosting the event for the second time after winning the gold medal at the first championship (Chantilly in 2017) and the silver at the second (Villa a Sesta in 2018).

The win meant that Italy became double champions, as the Italian men’s team captured the trophy as well after defeating Austria in the final played on Sunday, September 19. Third place went to Ireland after a 5-3 win over Germany.

The FIP Ladies Polo Championship is being organised by the Polo Club La Mimosa, in cooperation with the Italian Equestrian Sports Federation (FISE), and under the aegis of the International Polo Federation (FIP), Regione Lombardia, Comune di Milano and Comune di Pogliano Milanese.