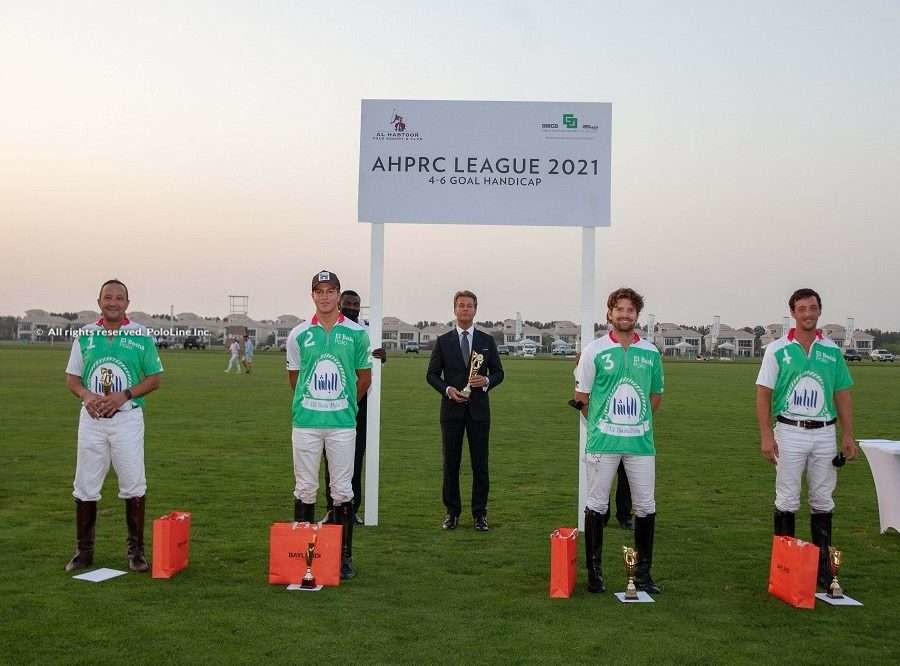 Action continued at Al Habtoor Polo Resort and Club in March as the AHPRC League 2021 named a new champion.

The Subsidiary Final between Baylandi Polo and IFZA-Mahra Polo kickstarted the afternoon, with Ed Banner Eve scoring the first goal of the day. Baylandi Polo dominated the first chukker, securing a 3 goal advantage. The team maintained their lead all the way through to the fifth chukker, ultimately winning the game by 5 goals to 2.

Next up, El Basha Polo faced Tratok-Hesketh in the tournament final. Both teams were goal shy until Justo Cuitiño scored the first for El Basha. It was a slow second chukker, with both teams scoring a goal apiece by half time. The penultimate chukker saw El Basha Polo take off, scoring consecutive goals to close the chukker with a 3 goal advantage. Tratok-Hesketh Polo team fought back in the last minutes of the game, with back-to-back goals from Raja Abuljebain and Tomy Iriarte, but the initial lead taken by El Basha was enough to secure the 7-5 win.

Alefiya Shabir, Business Development and Technical Manager of GIBCA Furniture Industry, presented the prizes to the teams of the subsidiary final, while Martin G. Pedersen, Chairman of International Freezone Authority, lead the presentation for the AHPRC League 2021 Final.

El Basha’s Juanji Diaz Alberdi was chosen as the Most Valuable Player of the final.

The Al Habtoor Polo Resort & Club continues with the Dubai Cup, the closing tournament of the Dubai Gold Cup Series. The tournament, for teams up to 8 goals, will be played from April 9-16.