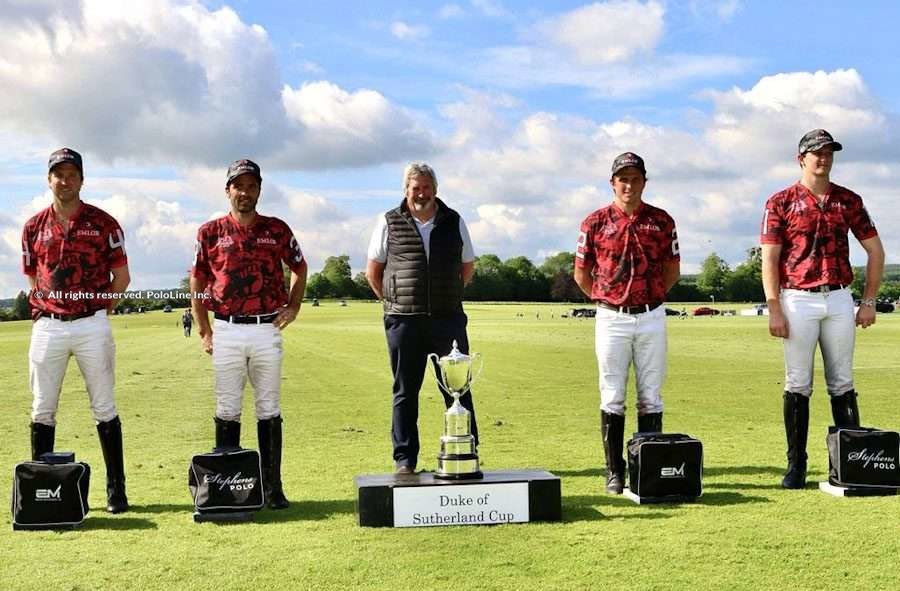 Emlor took a 8-6 win over Black Bears to claim the Duke of Sutherland Cup on Sunday, June 6, at Cowdray Park Polo Club.

The subsidiary trophy went to Bardon, who defeated Murus Sanctus 10-8.

The tournament, one of the highlights of Cowdray’s season, saw eight teams, up to 18 goals, compete.