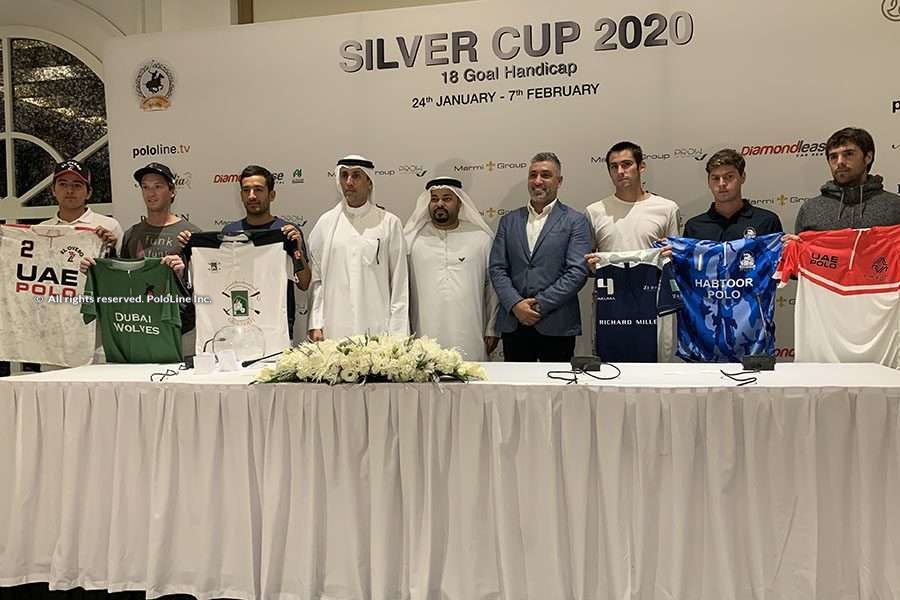 The press conference and live draw for the Silver Cup, the first tournament of the prestigious Dubai Gold Cup Series, took place on Monday, January 20 at Al Habtoor Polo and Resort. The 2020 edition of the Series will be particularly special, as it marks the ten year anniversary of high goal polo in Dubai.

The Dubai Gold Cup Series encompasses a series tournaments – the most competitive in the Middle East and Asia. The remarkable growth of the Series established the event as an important fixture in the international polo calendar.

The Silver Cup, to be played with rules set and overseen by the Hurlingham Polo Association (HPA), will see six 18-goal teams compete. Furthermore, the Silver Cup forms part of the World Polo Tour ranking, and therefore awards points as part of the WPT Cup category.

The press conference and draw, attended by players, sponsors and media, was led by Mohammed Al Habtoor, President and Founder of the Dubai Gold Cup Series, who shared that he was “proud to have reached another milestone, as we celebrate a decade of high goal polo in the UAE. This achievement would not have been possible without the support of sponsors, team patrons and the city of Dubai.”

All Silver Cup matches will be  STREAMED LIVE ON  PoloLine TV.