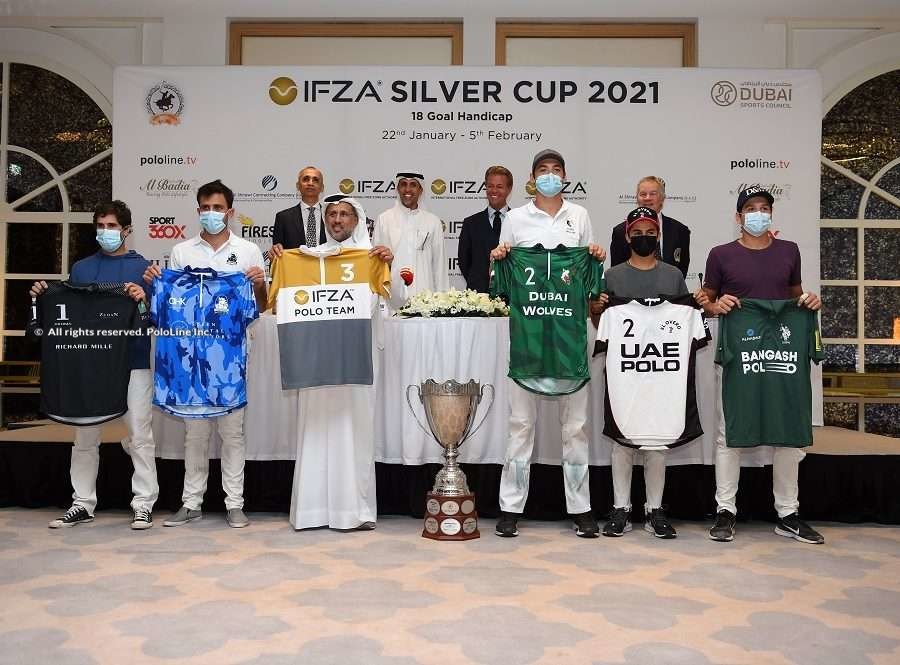 The Silver Cup forms part of the DPGC Series, which enters its eleventh year and is held under the Patronage of HH Sheikh Maktoum bin Mohammed bin Rashid Al Maktoum, Deputy Ruler of Dubai. International Free Zone Authority (IFZA) are onboard as the Title Sponsor of the tournament, while Al Shirawi Contracting LLC joined as Main Sponsor.

Five tournaments fall under the umbrella of the prestigious DPGC Series:

THE DUBAI GOLD CUP SERIES WILL BE STREAMED LIVE ON POLOLINE TV.

The DPGC Series in the UAE is one of only five tournaments in the world played in the WPT Championship Cup category. It is on a par with world-class events held in Argentina, Spain, the United Kingdom and the United States. The DPGC series started in 2009 with tournaments carrying a handicap of 10-12 goals and has grown to host teams playing in 18-goal handicap matches.

Mohammed K. Al Habtoor, founder of the DPGC Series and patron of the Habtoor Polo Team, said: “We are in high spirits about hosting our high-goal season after a long withdrawal from sporting events in the past year. We will be seeing new and returning faces on the polo field in the coming days. Top-ranking World Polo Tour players, including Facundo Sola [ranked 18th in the world], Alfredo Capella Barabucci [ranked 27th], who are both 9-goal handicap players; Alejandro Muzzio [ranked 30th]; and many others who have come directly from the Argentine Open will be playing on our fields.”

He added: “We are very grateful for the continued support of our sponsors, partners and the unbeatable enthusiasm of six polo teams participating in the Silver Cup 2021 tournament. I am particularly honoured to welcome International Free Zone Authority as the Title Sponsor of the Silver Cup 2021. Having the backing of one of the UAE’s leading Free Zone Authorities in our quest of delivering world class polo in the Middle East is a great testament to our tournament’s success.”

The Silver Cup is played under the Hurlingham Polo Association (HPA) banner, with strict international supervision according to the HPA rules and provision of its umpires. The tournament falls under World Polo Tour’s WPT Cup Category. The Silver Cup winners are awarded 60 points, finalists take 30 points, semi-finalists receive 15 points, and the rest of the players are given 8 points.