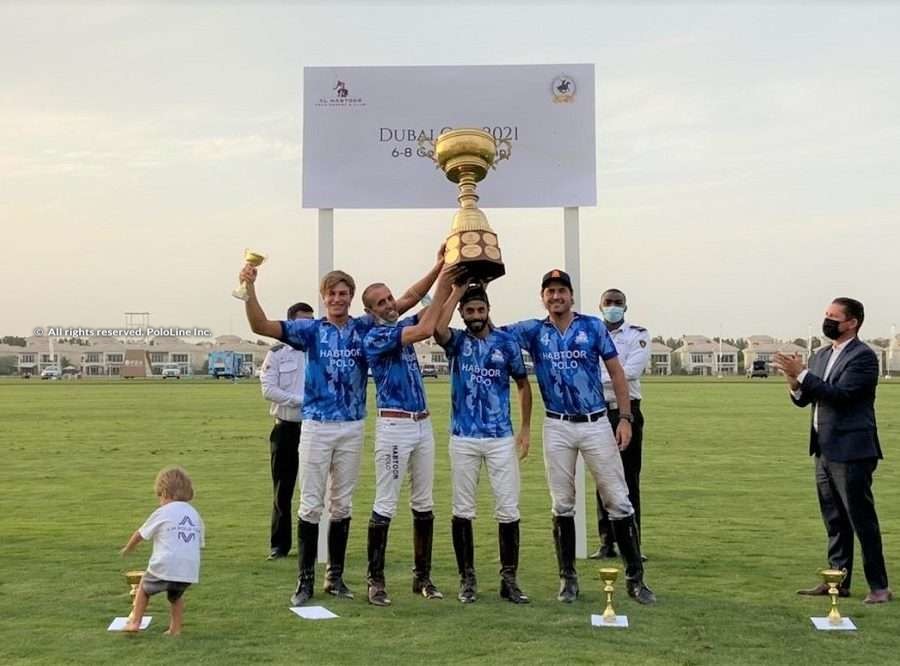 Habtoor Polo Team defeated Ankora/Dr. A Polo team by 7 goals to 5 to win the last title of the Dubai Polo Gold Cup Series for the fourth year.

Round robin games between AM Polo, Dubai IMMO, and El Basha kicked off the Subsidiary, with El Basha ultimately claiming the win.

Habtoor gave a consistently good performance in the final, taking an early 2-goal lead. But Ankora/Dr. A were on their tail, with Ricardo Garros matching the goals scored by their opponent by halftime. The final chukker saw Aiti Garros threaten Habtoor’s impending win as he levelled the game 5-all at mid chukker.

Both teams fought hard for the win. Santiago Gomez Romero nicked the sixth goal for Habtoor. With ample time on the clock, Ankora/Dr. A Polo attempted to tie the game once more, but Habtoor Al Habtoor broke through and scored an excellent runaway goal to seal the win for Habtoor.