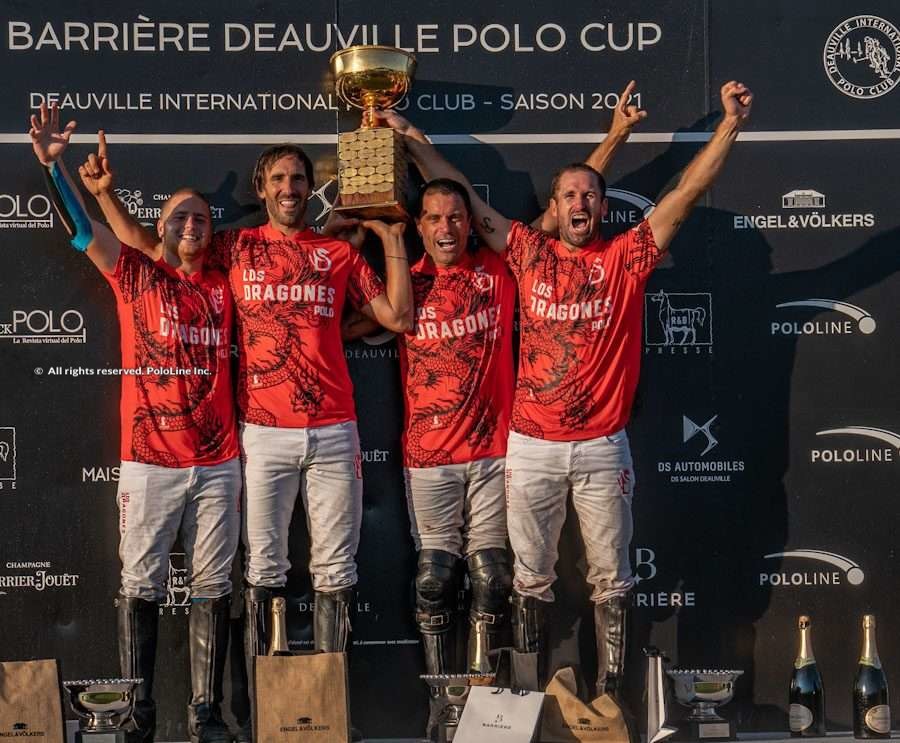 Los Dragones defeated Mungo by 9 goals to 6 to win the Coupe d’Or at Deauville International Polo Club on Sunday, August 29. The tournament, which has been played since 1950, is one of the most prestigious titles on the international circuit. This year’s edition saw six teams, up to 16 goals, playing for the title.

It was a hard fought final. Mungo got off to a stronger start, but Los Dragones bounced back quickly, tying the score 3-all in the second chukka. Mungo re-took the lead in the third, but Los Dragones were not about to give up just yet. By the end of the fourth, the score was tied again (6-all). In the fifth and final chukka, Los Dragones came out fighting. They held Mungo back, outscoring them 3-0 to take the win and secure one of the world’s most coveted trophies.

The Subsidiary title went to Talandracas, after they defeated Barriere by 10.5 goals to 9.

The Coupe of Bronze went to Teledou after their 8-4 win over Baltov on Friday, August 27. IC Polo came in third, following their impressive 6 – 2.5 victory over La Grange Martin.