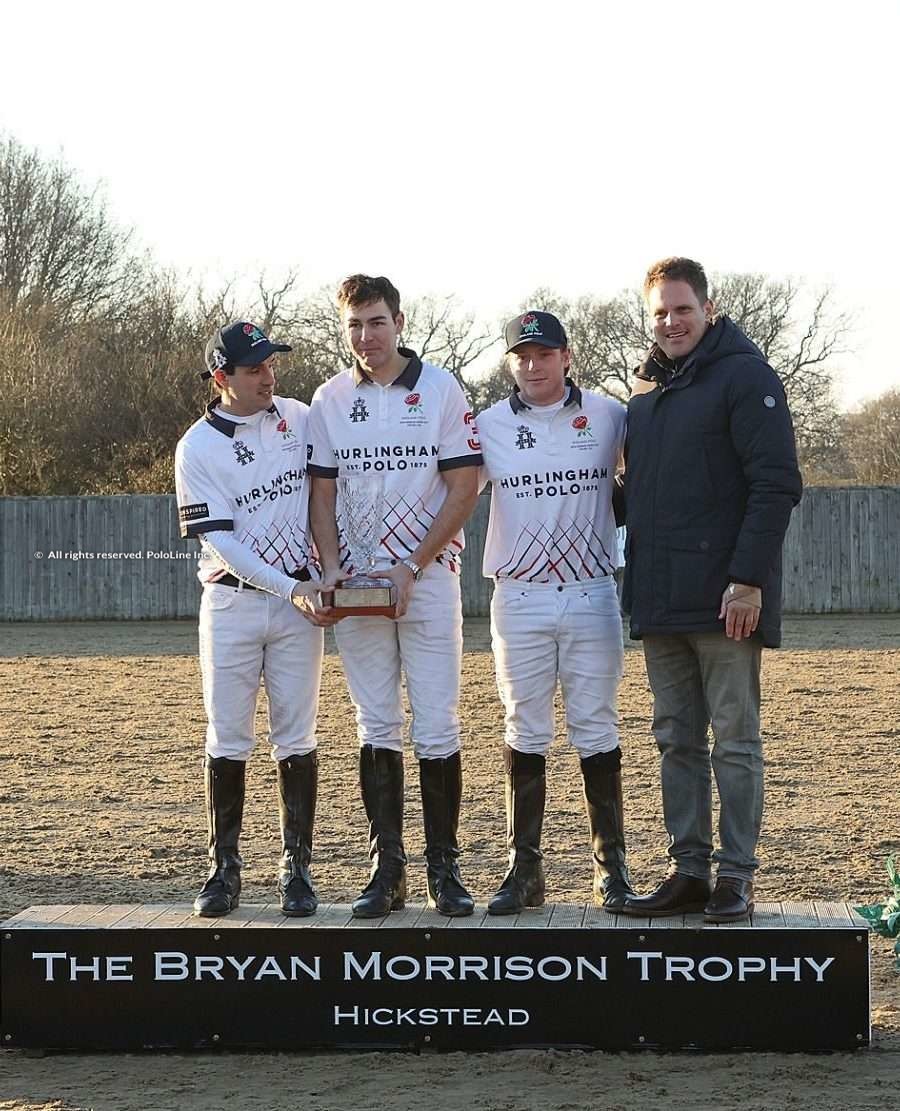 The Bryan Morrison Trophy is a tribute to one of the most successful and remarkable music moguls, who managed the careers of worldwide renowned artists such as the Bee Gees, The Jam, Pink Floyd, George Michael, among many others. He later developed a passion for polo, which led him to hold the position as President of Ham Polo Club, in London. In 1986 he founded the Royal County of Berkshire Polo Club, located in Windsor, the home of the opening 22-goal tournament of the season in England, the Prince of Wales Trophy. The then His Highness the Prince of Wales, and today His Majesty King Charles III, opened the club as the first member.