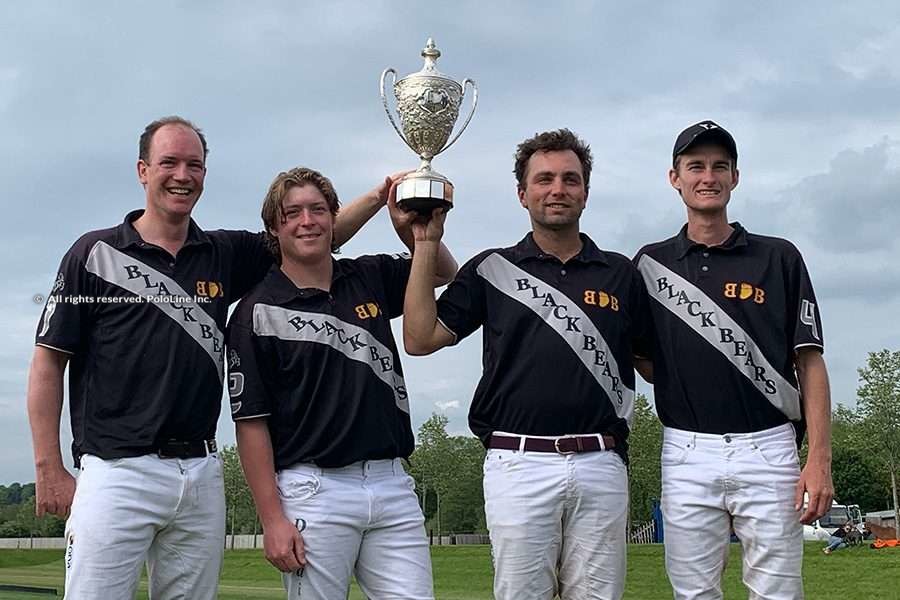 Black Bears defeated Ferne Park by a 10-8 score and claimed the Oxfordshire Cup, following the championship match that was played on Sunday May 19 at Black Bears Polo Club, in Shiplake, and streamed live by PoloLine TV.

Ferne Park, with Vere Harmsworth filling in for his father, Jonathan Rothermere, had a better start, which took them to a 7-4 lead at the end of the second chukka. However, Guy Schwarzenbach’s foursome took off in the second half, and managed to tie at 8-all with one chukka to go.

Black Bears dominated the last period, and goals scored by Ollie Cudmore and Paco O’Dwyer sealed the win and the title for Black Bears.

The Oxfordshire Cup showcased four teams in participation, and it is a strong addition to the competitive 18-goal tournaments in England.

THE TOURNAMENT IS STREAMED LIVE BY POLOLINE TV.