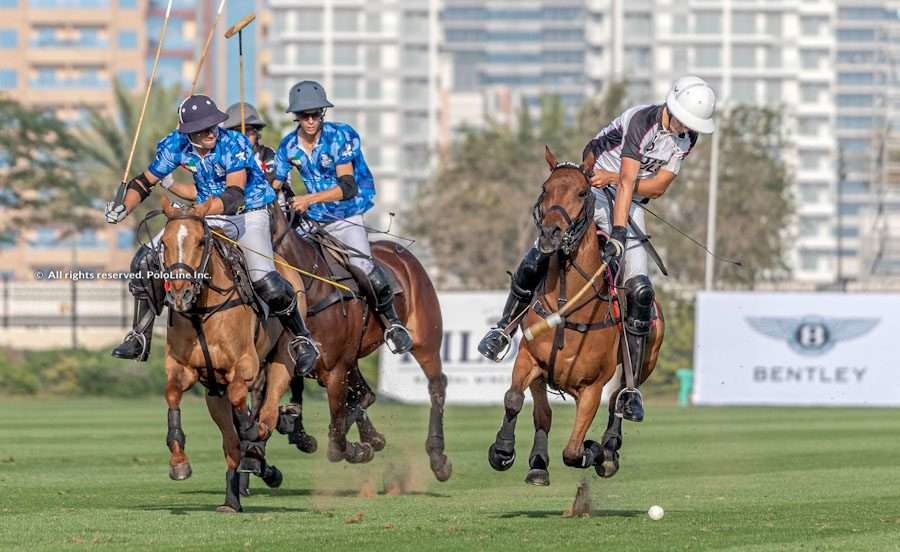 UAE Polo claimed a 12-9 win over Habtoor Polo in the last league match of the Bentley Emirates Silver Cup, one of the most important tournaments played in Asia and the Middle East, on Friday, January 28 at Al Habtoor Polo Resort & Club, in Dubai, United Arab Emirates. The tournament sees seven teams, up to 18 goals, compete.

Habtoor claimed an early 2-0 lead  in the first chukka, thanks to goals by Bautista Bayugar. But UAE Polo seized the reins from the second chukka onwards, thanks to a great performance by match MVP, Tomás Beresford. By half time, UAE Polo had secured a commanding 8-4 advantage. Habtoor tried to fight back, but Sheikha Maitha and her boys managed to hold them back to claim the 12-9 win.

After a penalty shootout, the quarterfinals have been set:

Unbeaten AM Polo have already secured a place in semifinals, which will be played on Thursday, February 3, at 2pm.