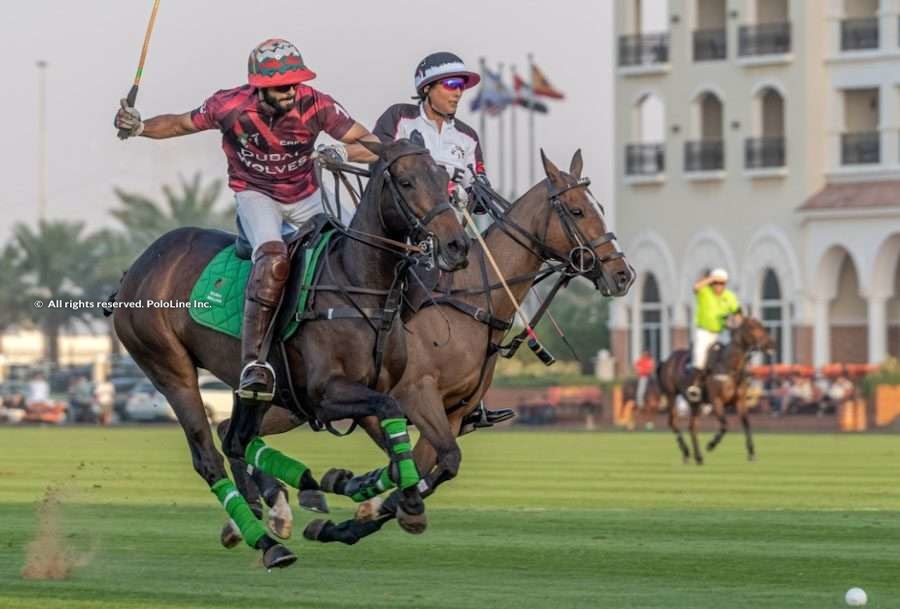 The tournament sees seven teams, up to 18 goals, compete. The final is set to be played on Saturday, February 5.

Alfredo Cappella scored the first goal for Dubai Wolves by CAFU, but UAE Polo replied quickly, scoring three goals and securing a narrow lead in the first chukka. Sheikha Maitha’s boys retained their advantage until the end of the second thanks to goals scored by Tommy Beresford and Lukin Monteverde.

But Wolves made a comeback in the third, taking a two goal advantage. UAE tied the game 8-all halfway through the fourth as young Lukin Monteverde scored again. Wolves fought back until Carlos Ulloa scored a goal in the last seconds of the chukka to retake the lead.

UAE Polo were not about to give up that easily, however. In a nailbiting last chukka, they bounced back and managed to tie the score again (11-11). But in the last throw in, and with only ten seconds left to play in regulation tie, Habtoor Al Habtoor scored to win the game. It was a hard fought match, perhaps the best of the season so far, with Dubai Wolves by CAFU bouncing back from their debut lost and taking a 12-11 win.

The Bentley Emirates Silver Cup will resume on Thursday January 27 with the following order of play:

2pm: Zedan Polo vs. AM Polo