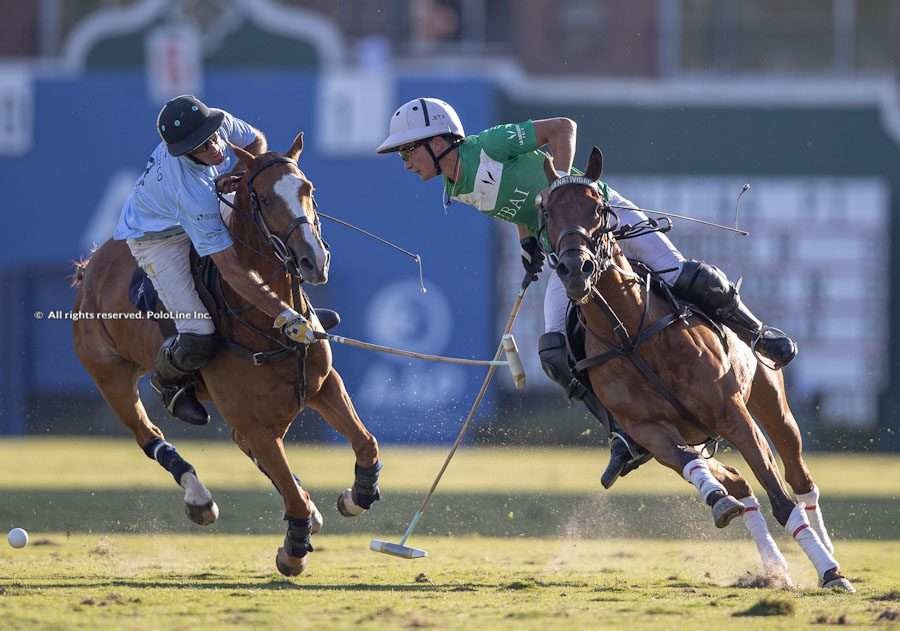 The 128th Argentine Open continued with two thrilling League B matches on a very hot Sunday at Palermo.

The most important tournament in the world sees ten teams, up to 39 goals, compete. Teams are split into two leagues.

First up, RS Murus Sanctus took an impressive 19-4 win over Chapaleufu. Chapaleufu were unable to score during the first four chukkas. Rufino Bensadon scored two goals in the last, a field goal and a penalty conversion. RS Murus Sanctus were solid, despite Facundo Sola’s absence (Facundo Fernández Llorente subbed in fro him). Sapo Caset showed his powerful skills, scoring as many goals as possible (he was the top scorer of the day, with 11 goals).

Next up, the much anticipated clash of the cousins: La Natividad (Barto and Jeta Castagnola) against La Dolfina Brava (Poroto Cambiaso). After their loss against Chapaleufu, La Natividad needed a win in order to maintain their hopes of glory alive, and La Dolfina Brava were undefeated thus far.

Poroto Cambiaso tied the match 10-all, but La Natividad made a great comeback. Led by the Castagnola brothers, La Natividad quickly retook the lead (11-10) after Jeta converted a 30 yard penalty. Barto followed with two goals, and they closed the sixth 13-10 up. Jeta scored once again in the seventh, but La Dolfina Brava reinforced their attack and managed to close the gap down to two goals with one chukka left.

The eighth and last chukka belonged to La Natividad. They were remarkable, strengthening their attack. Jeta converted a corner to extend their lead to 15-12. This was followed by a field goal by Barto. While Tomás Panelo (who is subbing in for the injured Rodrigo Ribeiro de Andrade) scored for La Dolfina Brava, it was too late for them. Polito Pieres and Jeta Castagnola sealed the deal and La Natividad claimed a significant 18-13 win.

The final of the Argentine Open is set for Saturday, December 11.