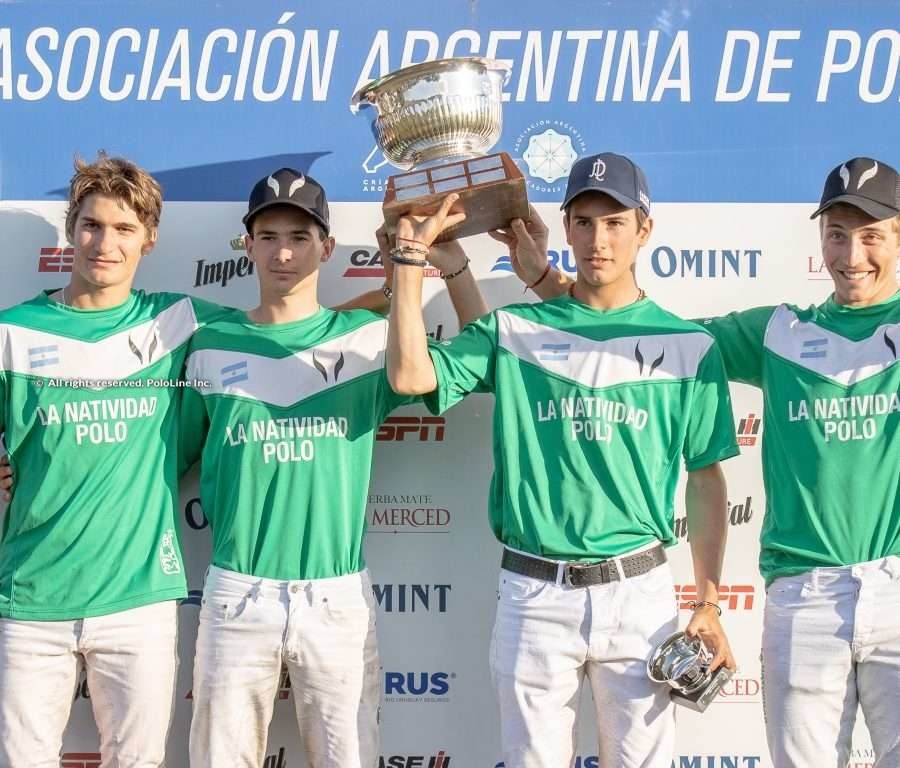 The Cambiaso-Castagnola cousins remain on the winning path. And this time they saw them as the winners of the Argentine Junior Championship (Open category). La Natividad, with the Castagnola brothers – Barto & Jeta -, their cousin Poroto Cambiaso and another young rising star, Rufino Bensadon, earned an impressive 15-4 win over La Varzea La Suerte to claim the title, following the final that was played at the Argentine Association of Polo, in Pilar, on Monday October 18.

The tournament saw five teams between 16 and 33 goals, compete, with lineups composed by players up to 21-years-old.

Indeed, it was a hat trick for La Natividad, who previously won the tournamen in 2018 and 2019 (in 2020 it was cancelled due to the Covid-19 pandemic). On the individual side, Barto Castagnola won the Junior Championship for the fourth time; his brother Jeta was victorious three times; for Rufino it was the second; while Poroto claimed his first ever Argentine Junior Championship. Without doubts, a fantastic team.

The Machi Trotz Award went to Lucas Criado Jr. This prize is a tribute to Máximo “Machi” Trotz, who sadly passed away in a polo accident, in 1983, when he was only 20-years-old.