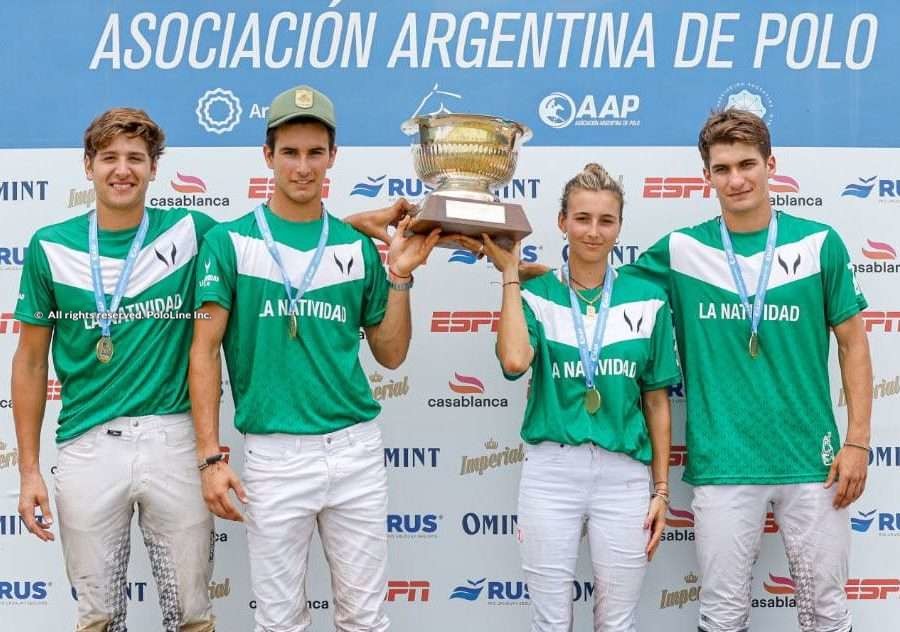 La Natividad took an impressive 9-3 win over Chapaleufu to claim the XXXIX Argentine Junior Championship at the AAP Heaquarters, in Pilar, on Wednesday, November 30. The tournament saw three teams, between 19 and 29 goals, compete, with lineups composed by players up to 21-years-old.

Last year, La Natividad claimed a hat trick, and now they made history by winning the tournament for the fourth consecutive year. Jeta Castagnola claimed the title for the fourth time – he previously won it in 2019, 2020 and 2021; while Poroto earned his second; and Benjamin Panelo took his first Junior Championship. It is worth noting that Poroto’s sister, Mia, became the first woman in history to claim the Argentine Junior Championship.