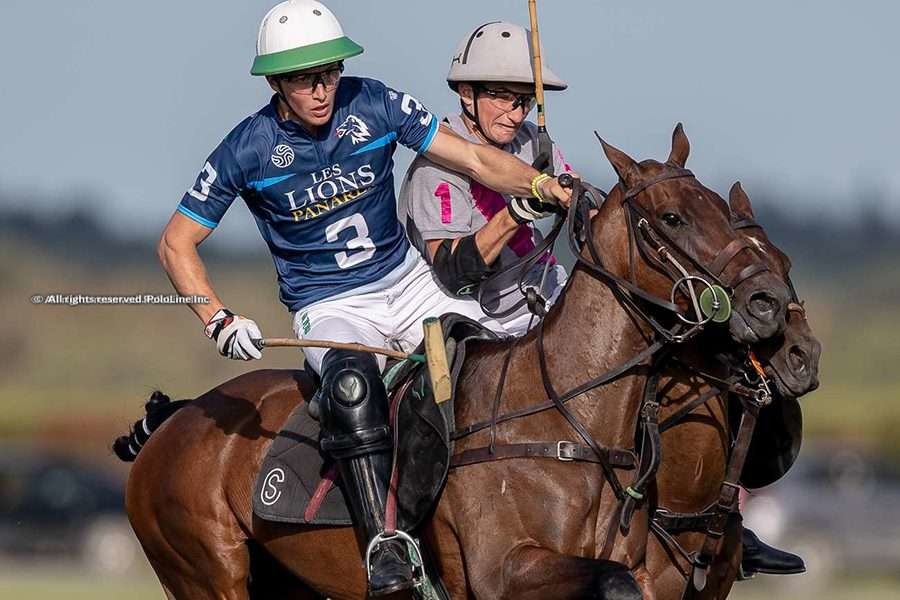 This year’s Open de France at Polo Club du Domaine de Chantilly is proving to be as thrilling as ever. The match between Les Lions Panarea and Talandracas, which took place on Tuesday, September 8, was particularly spectacular, as brothers Barto and Camilo Castagnola went head to head.  The match was streamed live on PoloLine TV and is available to watch again.

While Jeta played in Chantilly for the first time in 2017, this season marks Barto’s debut at the club. Straight off the bat, Camilo performed at his usual high level, scoring goals to give Talandracas an impressive lead. Les Lions Panarea, widely considered to be the tournament favourite, fought back, making a strong comeback in the fourth chukka.

Fast plays from both sides made the match thrilling to watch, and the great conditions of the field allowed the players to shine. Camilo scored ten goals for Talandracas, while Barto and Tommy Beresford converted seven goals apiece for Les Lions Panarea. Both teams showed perfect examples of team work, a phenomenon particularly evident between Barto Castagnola and Dillon Bacon; between Barto and Beresford; between Fran Elizalde and Camilo Castagnola. A total of 28 goals were scored in five chukkas!