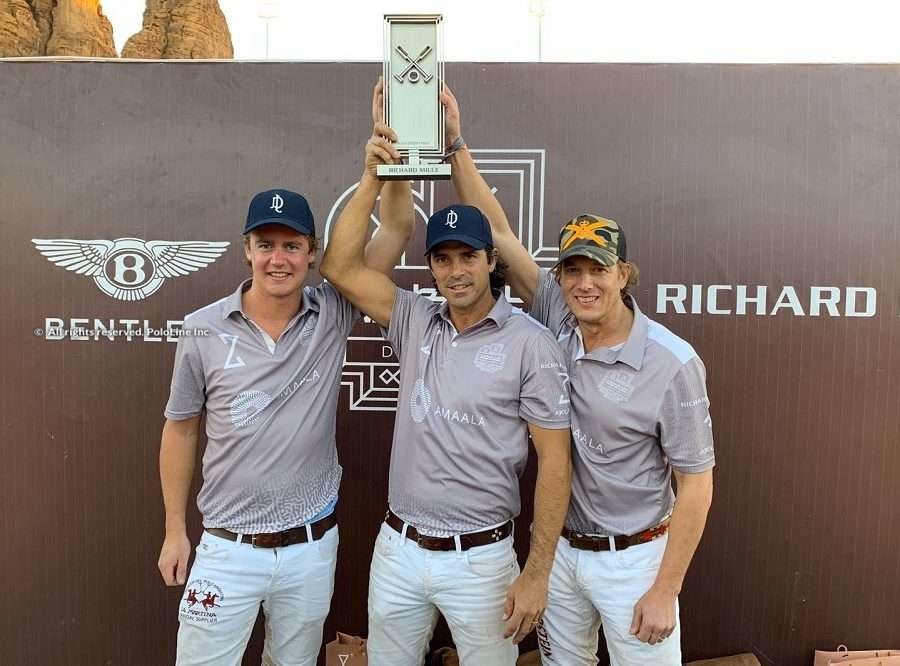 The historical AlUla Desert Polo event came to an end on Saturday after three days of action. Organised by Amr Zedan, the Saudi Polo Federation (formed in July 2018), and the Royal Commission for AlUla, the tournament was the first official polo competition played in Saudi Arabia.

The AlUla Desert Polo competition took place at a purpose-built Desert Arena in the beautiful UNESCO World Heritage site of AlUla in Saudi Arabia. The site is scheduled to open to the public in October, 2020.

AlUla Desert Polo formed part of the Winter at Tantora festival organised by the Royal Commission for AlUla, an organisation designed to protect and promote the historic and archeological sites of the area.

The Winter at Tantora festival will take place from December 19, 2019 – March 7, 2020 in AlUla, Saudi Arabia. Details about the festival, its line-up and exceptional surroundings can be found at experiencealula.com with tickets on sale now. To stay up to date, please follow @WinteratTantora #DesertPolo on Instagram, Facebook and Twitter.