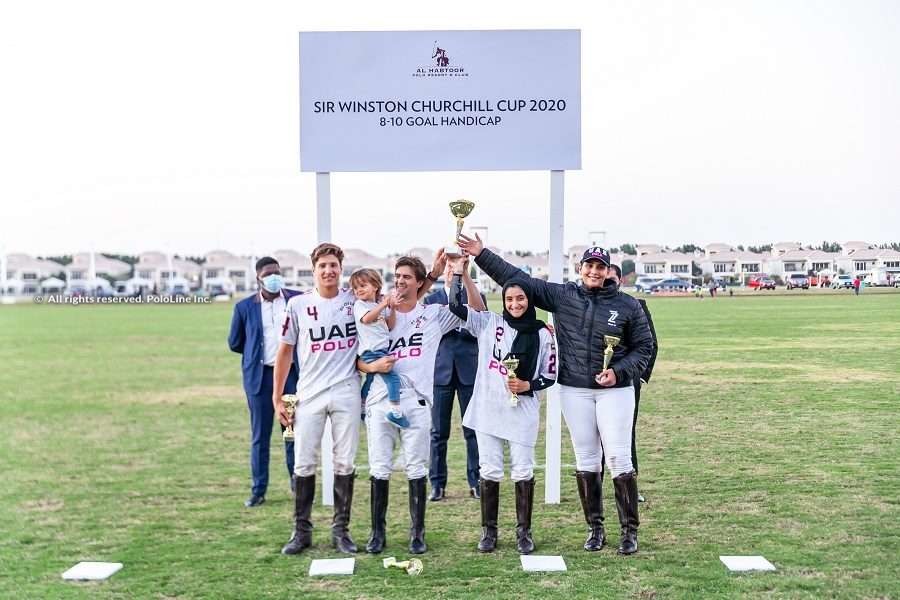 The teams at the final of the Sir Winston Churchill Cup 2020 had spectators cheering with excitement. Habtoor Polo faced Ankora/Bangash at the Subsidiary Final and Dubai Wolves fought for the cup against AM/UAE Polo at the Final match at the Al Habtoor Polo Resort & Club.

The Subsidiary Match opened with a goal by Justo Cuitino for Habtoor Polo that was immediately matched by Federico Von Potobsky. Habtoor Polo took off with a flurry of goals and gained a six-goal advantage by the end of the next chukker. Ankora/Bangash raced to close the gap in scores during the last two chukkers but with the early lead created by Habtoor Polo was not enough to beat its opponent. The game closed at nine goals to six in favour of Habtoor Polo.

AM/UAE Polo dominated the first half of the final match with Sheikha Maitha bint Mohammed bin Rashid Al Maktoum scoring a goal for the team at the first chukker and then they managed to keep the lead until the end of the penultimate chukker. Dubai Wolves made an astounding comeback at the final chukker almost taking the win with its half goal advantage. However, Benjamin Panelo stole the victory with a last-second goal and ended the game at seven goals to six and a half.

*All tournaments are subject to the regulations and guidelines issued by the authorities.