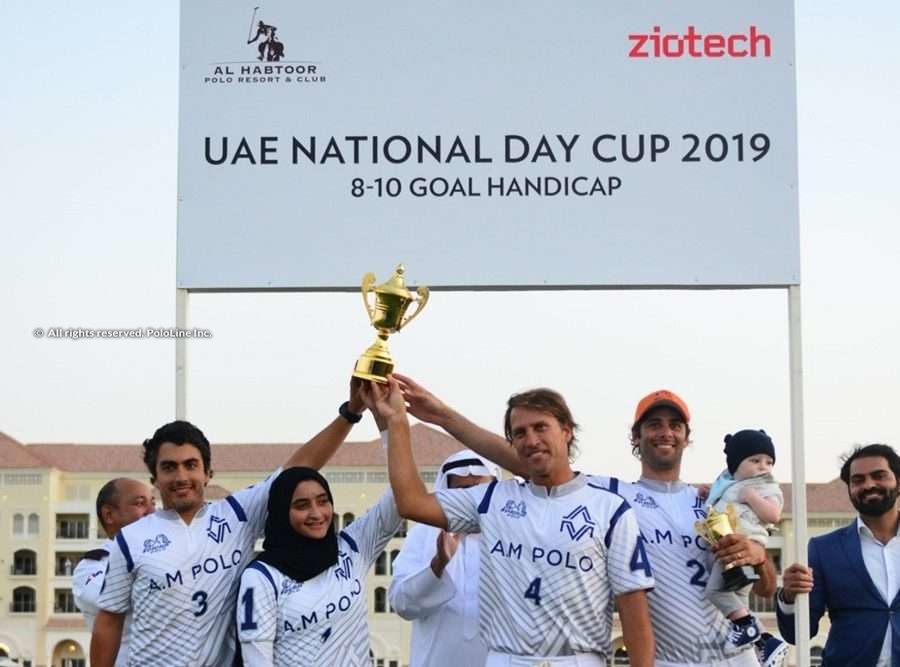 The subsidiary final kicked off with a promising start, as Green Gates secured a 3-1 lead over Habtoor Polo. Both teams scored goals over the next chukker, and after half time the teams were tied at 6-6. JJ Diaz Alberdi took the lead that was followed by a goal from Habtoor Al Habtoor and primed Habtoor Polo for the win. JJ scored again to secure the 9-8 win.

Before the final, the UAE National anthem was played followed by the presentation of the players of AM Polo and Bangash/Mahra Polo teams.

The first chukka ended with a 1.5 goal advantage for Bangash/Mahra. The succeeding chukkas were a flurry of goals from both teams, but Bangash/Mahra still held onto the lead by the end of the third chukker. The excitement grew as AM Polo fought back, but Bangash/Mahra strongly defended its position, scoring 2 more goals, and it seemed as if their victory was inevitable.

But with 90 seconds left on the clock, AM Polo surprised the crowd as Alejandro Gowland scored a goal and Tomy Iriarte sealed the win with a 60-yard penalty shot. The match ended with a final score of 7.5 – 7 in favour of AM Polo.

This Friday’s Polo Picnic was in full swing as guests watched the matches with their picnics and children enjoyed the afternoon in the dedicated kids area. Three lucky winners received prizes worth a total worth of AED 10,000 in cash and gift items in the Run-N-Hunt competition.