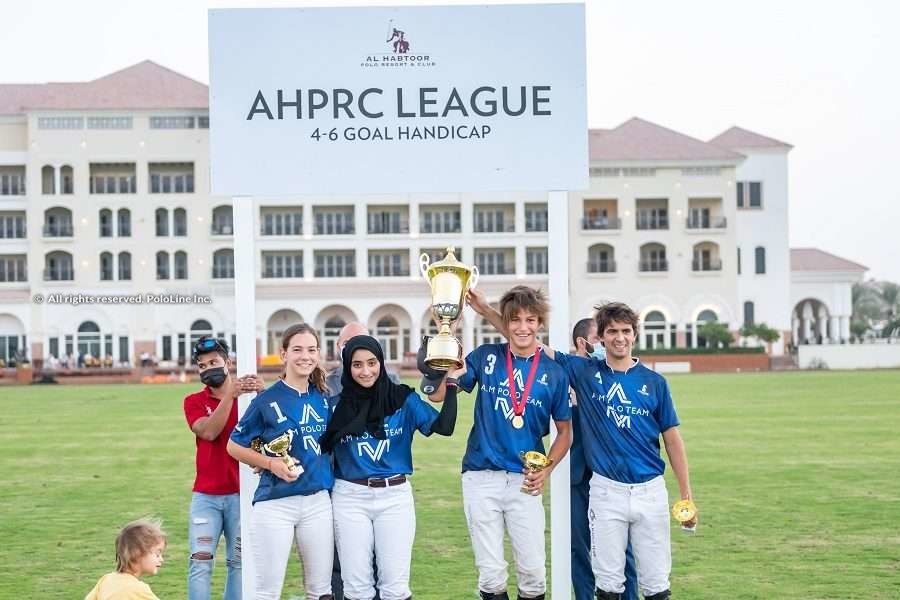 It was an action-packed day at the Al Habtoor Polo Resort & Club as the AHPRC League in November declared AM Polo team its champion. In the morning, there were round-robin games; Green Gates emerged victorious securing the 5th place in the league by beating both Dubai Wolves and Hesketh Polo teams. The action continued with the Subsidiary Final between Dr. A Polo and Mahra Polo team. The match kicked off with a quick goal from Rashid Al Habtoor, patron of Mahra Polo and the team ended the chukker with a 3-goal advantage.

Dr. A Polo tied the match 4-all by the end of the second chukker, and the game took an exciting turn, calling for a fifth chukker. With 7 goals each, both teams raced to score the winning goal. In the end, Tomy Iriarte scored to seal the 8-7 win for Dr. A Polo team.

The final between AM Polo and Ankora/Bangash Polo teams kicked off with a goal from Santos Iriarte. AM Polo team dominated the match, maintaining the lead throughout the game. Ankora/Bangash were able to narrow the gap but, ultimately AM Polo team won the game by 8 goals to 6.