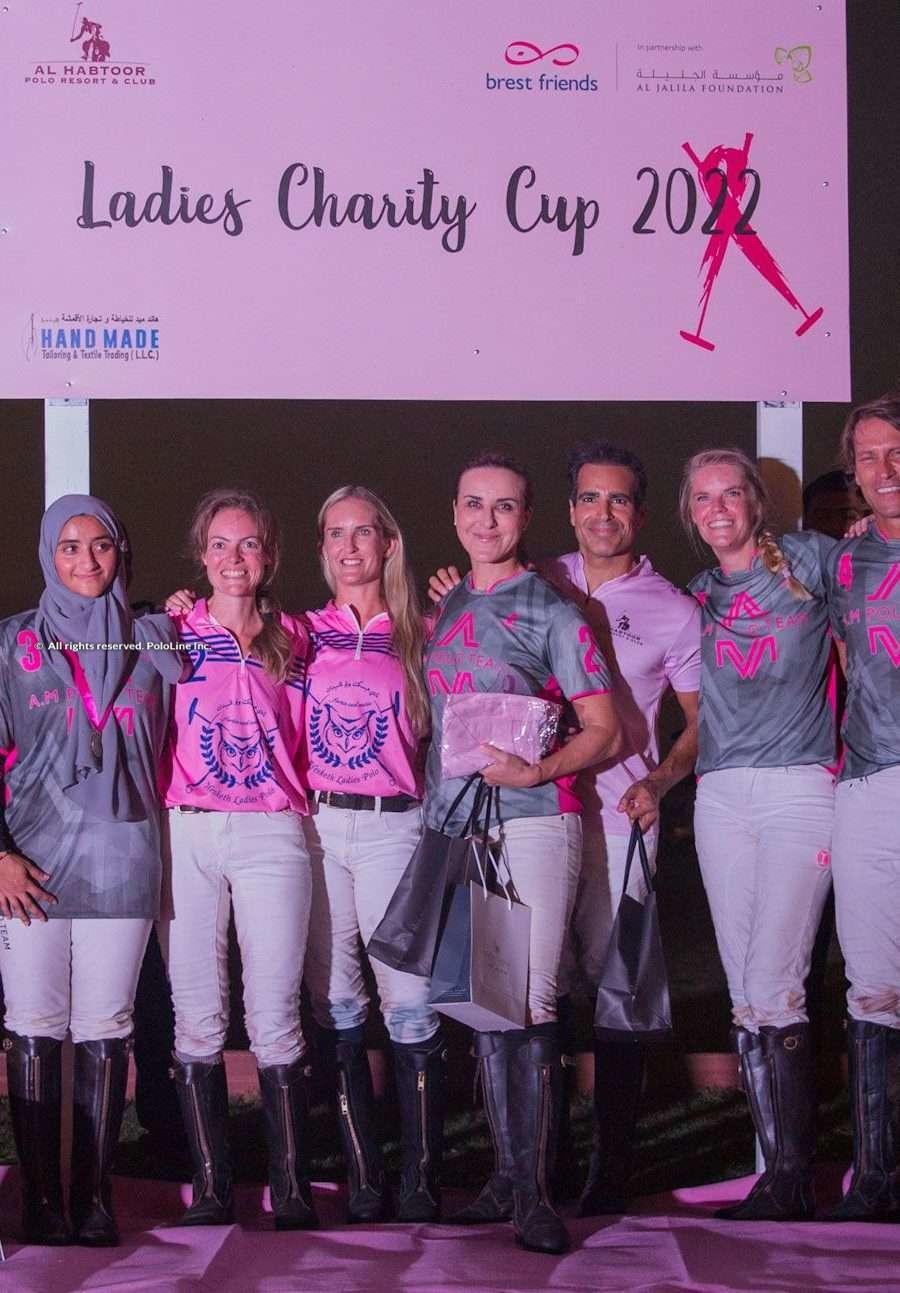 The season at Al Habtoor Polo Resort & Club, in Dubai, commenced on Saturday October 30 with the two matches for the Ladies Charity Cup. One of the longest in the world, the season will feature tournaments for all levels, as usual, reaching the peak with the with the Silver Cup and the Gold Cup, that will take place thorugh January 21-31 2023 and February 11- March 4 2023, respectively. The biggest news is that both tournaments have raised their handicap to 20 goals.

The fourth edition of the Ladies Charity Cup highlighted the strength of women in the sport of kings in support of Al Jalila Foundation and Brest Friends, during October, the breast cancer awareness month.  The Al Jalila Foundation is a global healthcare organisation, was fas founded by His Highness Sheikh Mohammed Bin Rashid Al Maktoum, Vice-President and Prime Minister of the United Arab Emirates (UAE) and Ruler of Dubai in April 2013, in order to transform lives and to position Dubai and the UAE at the forefront of medical innovation. Al Jalila Foundation is partners with Brest Friends, a forerunner in raising awareness on the importance of early detection of breast cancer, furthering patient support with medical treatment and investing in local breast cancer research.

AM Polo and title holders, Hesketh, met up in the following match, that began with a goal produced by HH Sheikha Alia. AM reached a half goal advantage by half tiem. Hesketh Polo struggle in the penultimate chukka to close the gap, but AM Polo managed to hold them back and claim the 5-3.5 win.

After the awards presentation, a charity auction to raise funds for Al Jalila Foundation was conducted. The auction feature exquisite pieces of art, jewllery and polo memorabilia provided by some of the biggest stars of the sport such as Pablo MacDonough, Facundo Sola and Hilario Ulloa, among others.