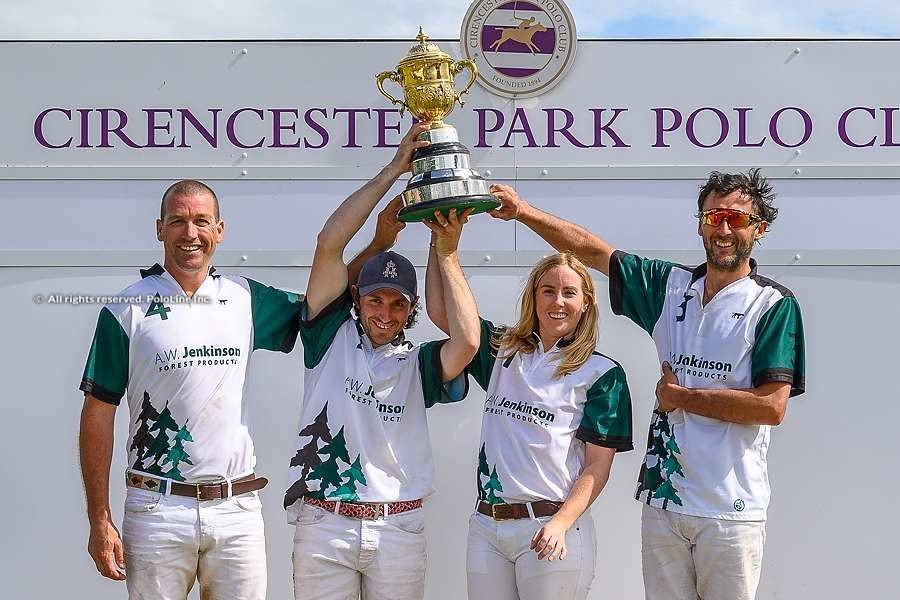 A.J. Jenkinson took a narrow 9-8 win over Virgo Stone, and won the Gerald Balding Cup, after the final that took place on Monday May 27, at Cirencester Park Polo Club, England’s oldest polo club, established in 1894, and set in Gloucestershire.

The tournament featured seven teams up to 8 goals, and it is named after the late Gerald Balding, who was the last ever 10-goaler England produced, back in 1936.

The trophy was presented to the winners by Balding’s son, Ian.