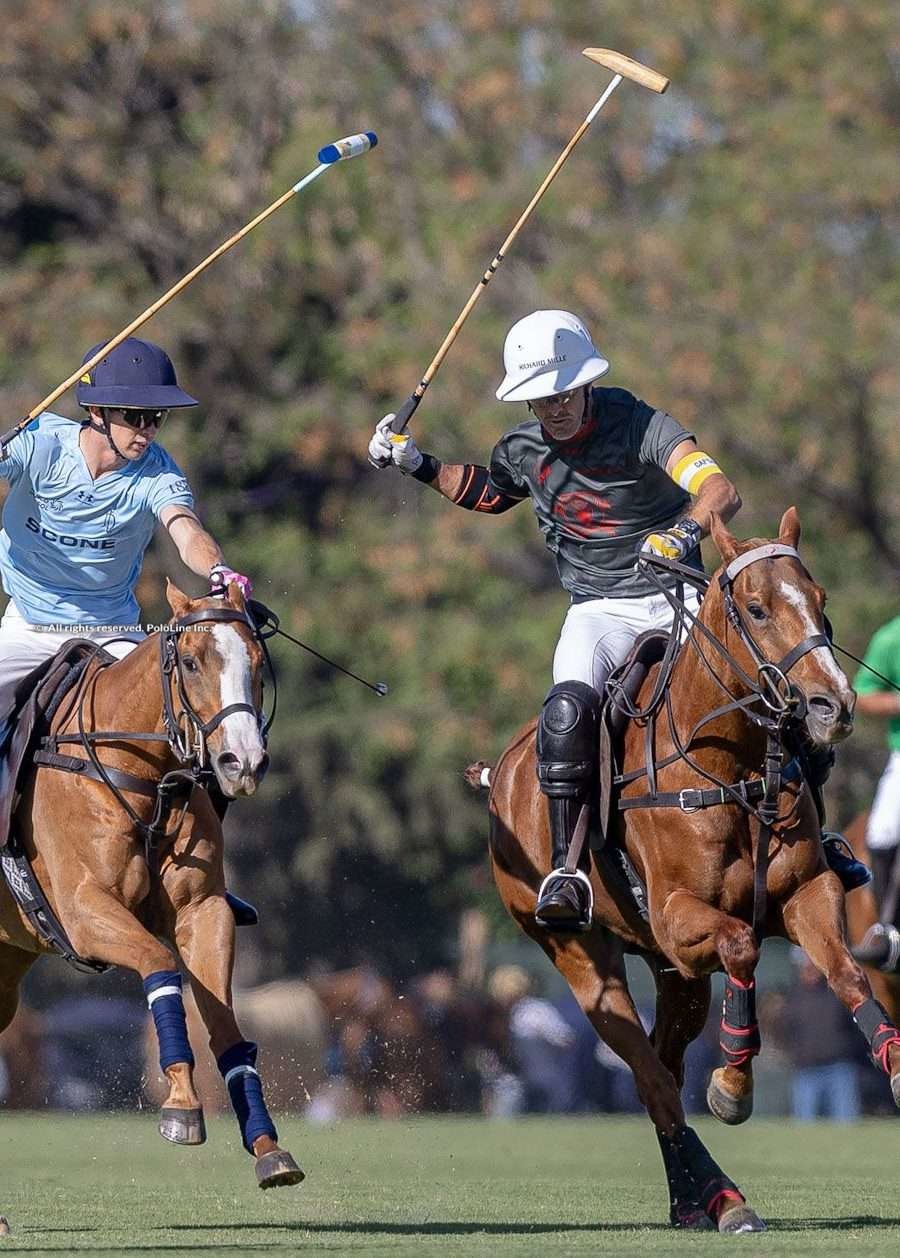 Ellerstina and Cría La Dolfina will battle in the second semifinal of the Emilio de Anchorena Cup, on Sunday October 2.

Ellerstina and La Irenita G-Squared opened fire on the second day of quarter finals. The Pieres-Ulloa lineup had no trouble at all to overwhelm their contenders; their solid team play allowed them to reach an impressive 12-4 lead by half time. Perhaps the large gap on handicap between both teams (10 goals) was too much for La Irenita G-Squared. But Ellerstina’s dominance was powerful. After a quick paced match, that saw no less than 17 goals from the field, Ellerstina – who played with the complete lineup for the first time, after a very difficult 2021 due to Hilario Ulloa’s and Nicolás Pieres’ injuries – demonstrated they are at their highest.

A very expected game came up next, the clash between Cria La Dolfina (with Rufino Bensadon subbing in for Guillermo Terrera, who has an injury on one shoulder) and La Irenita Grand Champions, Pablo MacDonough’s brand new team. Despite the low scoring, it was a very good match; while Cría La Dolfina were leading all the way, La Irenita was struggling, but they bounced back from the second chukka onwards, supported on Juan Martin Zubia’s accuracy on penalty conversions. However, Cria La Dolfina remained in the lead thoroghout the whole match, under the command of the lethal duo in attack, Diego Cavanagh and Tomás Panelo – they produced all ten goals between the two of them (five apiece), with the latter providing a remarkable performance in his debut in the Triple Crown. Until the fifth chukka, Cria La Dolfina maintained an average of two goals lead; but in the last two periods, it was a different story, that reached its peak in the last minute of the seventh chukka, when Tomás Panelo produced a fantastic goal that secured the 10-7 win, and the last ticket to semifinals.

*Subbed in for Guillermo Terrera.

The 82nd. Tortugas Open will resume on Saturday October 1 and Sunday October 2, with the semifinals for the Emilio de Anchorena Cup and the Subsidiary Sarmiento Cup:

The final of the Tortugas Open is set to be played on Saturday October 8.