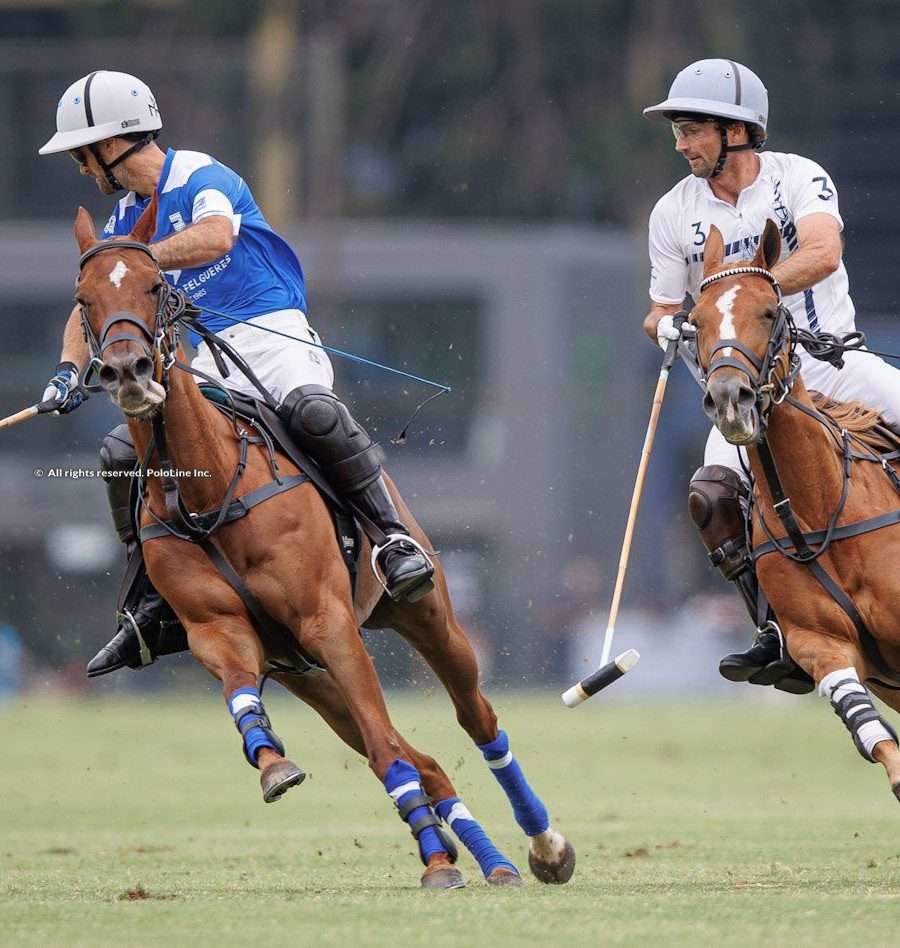 The 129th Argentine Open continued on Sunday, November 13, at Palermo, with two League B games, where Ellerstina and La Dolfina Saudi respective claimed victories over La Esquina and Cría La Dolfina. The Argentine Open is the most important polo tournament in the world. Ten teams, up to 39 goals, are in competition.

Ellerstina and La Esquina opened fire. Both teams fought hard in a very tight first chukka which was about to finish scoreless until Gonzalito Pieres found the flags in the 30 seconds of extra time. As of the second chukka onwards, Ellerstina took control, overwhelming La Esquina, who were unable to handle the pressure. By the end of the third chukka, Ellerstina had reached a commanding 8-0 lead. La Esquina scored their first goal halfway into the fourth chukka, thanks to Pascual Sainz de Vicuña, but Ellerstina stayed strong, scoring twice more, courtesy of Hilario Ulloa and Facundo Pieres, to widen their advantage to 10-3 by half time.

A merciless Ellerstina continued with their powerful teamplay throughout the second half; while La Esquina had a few good moments – mostly, thanks to Iñaki Laprida’s accuracy when converting penalties – there was not much they could do to minimize Ellerstina’s overwhelming performance, who continued scoring more and more spectacular goals to achieve an impressive 19-7 win.

Up next came the clash of two Cañuela-based teams, as La Dolfina Saudi took on Cría La Dolfina. The former saw a change to their lineup, as Pedro Zacharias had to sub in for an injured Pelón Stirling. The first chukka ended with a 1-all tie, but La Dolfina Saudi, led by Poroto Cambiaso, seized the reins from the second chukka onwards. By half time, La Dolfina Saudi held a 6-2 advantage. It is worth noting that in the fourth chukka, Juan Martín Nero, La Dolfina Saudi’s super back scored his 200th goal in the Argentine Open.

While La Dolfina Saudi relied on Poroto Cambiaso’s skills, Diego Cavanagh was Cría La Dolfina’s main man, scoring all of his team’s goals and staying strong with his penalty conversions.

By the start of the last chukka, La Dolfina Saudi had secured a five goal advantage (9-4). While Cría La Dolfina outscored them 2-1 with two penalty conversions by Diego Cavanagh, Juan Martín Nero retaliated, scoring to secure the 10-6 victory for La Dolfina Saudi

*Subbed in for Pelón Stirling 10.