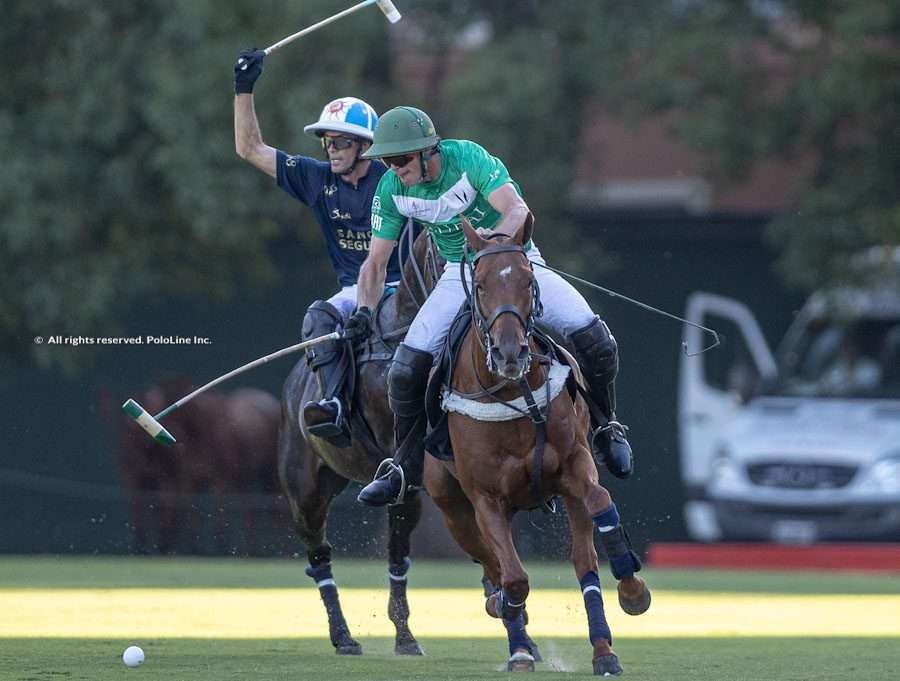 Friday December 2 won’t definetly be another day for polo; it will be a historical day for the sport. Indeed, it’s the day of the much anticipated championship match of the 129th. Argentine Open, that will see some facts that will make this final more special than ever. Palermo will host the rematch of the memorable 2021 final, the battle of the reigning champions, La Natividad and La Dolfina Saudi.

The clash of the Cañuelas-based teams will be repeated as on Saturday December 11, 2021 when the Castagnolas lineup beat Adolfo Cambiaso and Co. 15-13. It was spectacular back then, but this year will be even more spectacular. Not only because, no matter who win, the trophy will go back to Cañuelas again, but also because the final of the most coveted polo tournament in the world will be an even bigger family affair.

In addition, this final will be a tiebreak, since the 2022 Triple Crown have been split between these two lineups. La Natividad claimed the Tortugas Open and the Hurlingham Open went to La Dolfina Saudi. It is worth noting that both teams reached the final of the Argentine Open undefeated, and they also won their league deciders by the same score, 15-14, against La Irenita Grand Champions and Ellerstina, respectively, although La Dolfina Saudi needed an extra chukka.

While La Natividad will seek for their second consecutive Palermo, La Dolfina Saudi will go for their 15th. title. It is worth noting that La Dolfina has played all the finals at Palermo since its creation, back in 2000, with the exception of 2004, with a lineup composed by Adolfo Cambiaso, Lolo Castagnola, Santiago Chavanne and the unforgettable Carlos Gracida.

Speaking of lineups, there are some significant changes to those in 2021. Both La Natividad and La Dolfina Saudi are rated at 39 goals; La Natividad’s Barto and Jeta Castagnola and Polito Pieres were raised to 10 goals by late 2021, and Nachi du Plessis remains as a 9-goaler. La Dolfina Saudi have Adolfo Cambiaso and Uruguay’s Pelon Stirling, brought Juan Martín Nero back, and added a remarkable brand new boy, no less than Poroto Cambiaso, Adolfo’s son, rated at 9, and who had turned 17-years-old a few days ago. Poroto has developed a significant improvement as a player, that makes him a crucial player within such a legendary team, that won absolutely everything. And indeed, this is Adolfo Cambiaso’s ultimate dream, such a remarkable achievement for his extraordinary career. Not only father and son have played the Triple Crown together this year, but also they reached the biggest polo championship match worldwide.

The records tell that a father-son duo had only played (and won) the Argentine Open final only twice. The first time was in 1957 – with Juan Carlos Harriott playing alongside his son, Juan Carlitos, and the second, in 1983, were Horacio Araya and his 17-years-old son, Benjamin (the same age as Poroto). The team? Coronel Suarez, on both occasions. As legendary as La Dolfina Saudi.

So, get ready because on Friday December 2 2022, Palermo, and all who will be lucky to be there, will watch history being made; which is not only history within polo but within sport. The final of the 129th. Argentine Open is certainly an unmisseable event, no matter who win. A final who bring together neighbours, uncle, nephews and cousins, all of them with their sights ont he same goal: claim the most coveted polo trophy in the world. Big expectations are on the horizon, and the promise of an unforgettable match which perhaps won’t be decided until the last second.