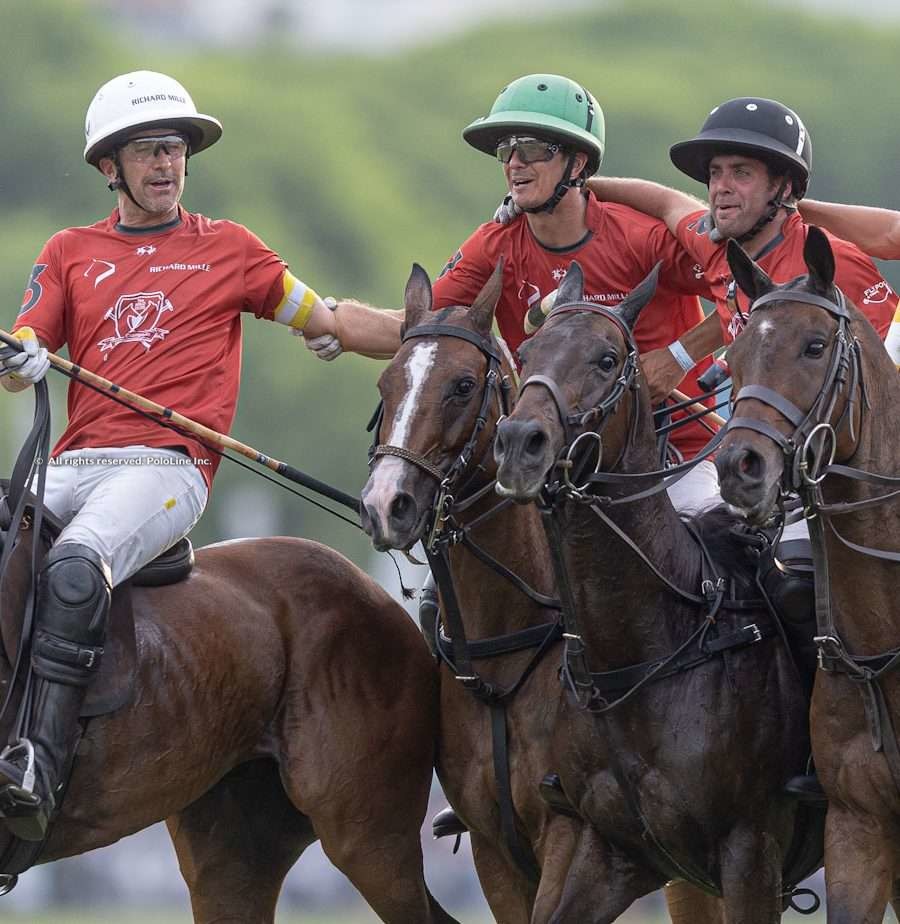 The opening match saw current title holders La Natividad take on La Hache, one of the two teams who qualified to play at Palermo from the Qualification Tournament. Joaquín Pittaluga scored twice to secure the 2-1 lead for La Hache in the first chukka, while Jeta Castagnola scored La Natividad’s single goal. But things would change from the second chukka onwards, when La Natividad bounced back, led by lethal duo Jeta and Barto Castagnola. By half time La Natividad were 9-4 up, and in a Barto and Jeta were joined by Polito Pieres in an spectacular fourth chukka, they outscored La Hache 4-1. Joaquín Pittaluga was La Hache’s top scorer.

In the second half, thanks to their great team performance, La Natividad scored several more goals. There was not much La Hache could do to stop La Natividad from taking over. By the start of the last, the upcoming result was evident, with La Natividad securing a commanding 18-5 advantage. Jeta Castagnola (2) and Polito Pieres added more goals in the last minutes to claim an impressive 21-5 win.

The next match saw two unbeaten, powerful lineups go head to head: La Irenita Grand Champions and La Ensenada RS Murus Sanctus. It was expected to be a hard fought-match, and so it was. La Ensenada RS Murus Sanctus got off to a stronger start, taking La Irenita by surprise with four unanswered goals, two by Sapo Caset and one a piece by Facundo Sola and Jerónimo del Carril in order to take a quick 4-0 lead in the first chukka. Pablo Mac Donough scored in the second, but Sapo Caset widened his team’s lead one again (5-2).

Everything would change in the third chukka. Pablo Mac Donough and his boys made a comeback, tying the game 5-all thanks to two field goals by Fran Elizalde. Those goals were followed by a penalty conversion by Juan Britos, giving La Irenita their first lead of the game. The 0-4 mishap of the first chukka was long forgotten, and by half time, La Irenita had secured a 8-5 advantage, thanks to Fran Elizalde and Juan Martín Zubía scoring a couple of remarkable goals.

Meanwhile, after two scoreless chukkas, La Ensenada RS Murus Sanctus got back into the game in the fifth. Jero del Carril and Facundo Sola scored two consecutive goals, but La Irenita remained firmly in the lead thanks to goals from Pablo Mac Donough in the fifth and Juan Britos in the sixth. Despite trailing by three (7-10), La Ensenada RS Murus Sanctus still had a couple of chukkas to make a comeback.

Sapo Caset closed the gap at the start of the seventh, as both teams fought hard to keep the possession. La Irenita managed to retain their three goal advantage following another spectacular goal by Elizalde in the last minute of the chukka. Even though La Irenita held a significant advantage, La Ensenada RS Murus Sanctus were not going to give up that easily. They bounced back in the last chukka, closing the gap down to just one goal with only one minute left to play in regulation time (11-12). If that wasn’t enough, the match had to be stopped for a while after a collision between Jero del Carril and Fran Elizalde. Fortunately, both players were unharmed. The game restarted with less than a minute left to play. That is when Juan Britos gained possession and scored to give La Irenita Grand Champions the 13-11 win to decide League A.