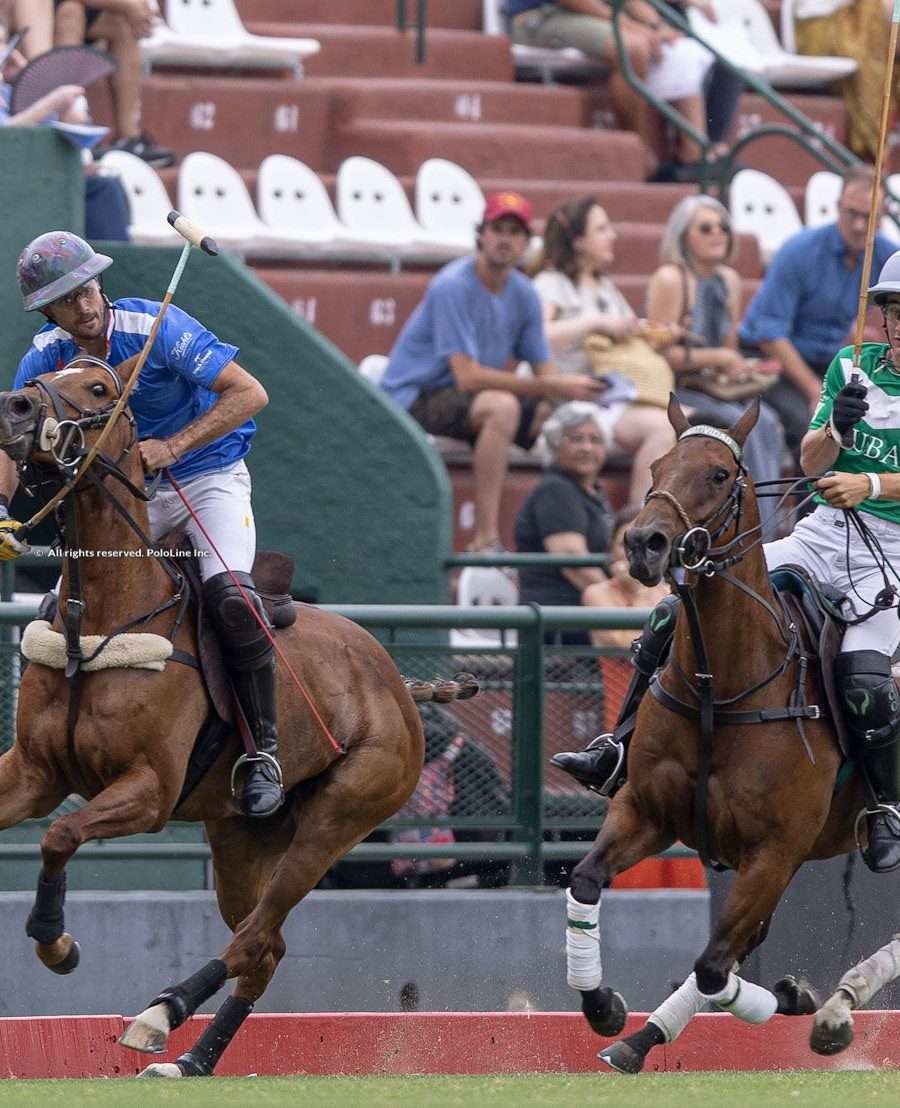 The 129th. Argentine Open continued on Saturday November 19, at Palermo, with the two League A games, that saw La Irenita Grand Champions and La Natividad victorious. Their respective wins led them to decide the league in order to search for the first spot in the most awaited championship match of the year. The Argentine Open, the most important polo tournament in the world and the hightlight of the Argentine season, sees ten teams up to 39 goals in participation.

La Irenita Grand Champions retained their strong dominance, and widened their advantage to an impressive 10-4 in the fifth chukka. But despite the numbers or the results, there was no question that La Irenita GSquared presented battle to their “elder brother”, mostly supported by Segundo Bocchino’s accuracy to score. By the time to play the last chukka, La Irenita GSquared closed the gap to just three goals, but at the end of the day, it was La Irenita Grand Champions who sealed the deal in the last chukka to take the 15-9 win home.

La Ensenada RS Murus Sanctus took a quick lead in the first chukka, but after three penalty conversions by Jeta Castagnola, La Natividad closed the first episode 3-2 ahead. Following a scoreless second chukka, the third was simply spectacular with both teams playing fast and swapping goals, that inevitably ended in tied scores. After the thrilling third chukka, two penalty conversions by Sapo Caset and a field goal by Alfredo Bigatti, gave La Ensenada RS Murus Sanctus a 7-6 advantage by half time.

Until then, the match has been as expected – very intense, hard fought and with both teams putting strong pressure. Indeed, it was a great match played by two remarkable lineups.

Sapo Caset added two more goals within the first minutes in the fifth chukka to widen La Ensenada RS Murus Sanctus’ gap to three goals; tLa Natividad replied quickly, with goals produced by Jeta Castagnola (2) and Polito Pieres, to tie once again, 9-all. The excitement of such a thrilling game would continue in the sixth chukka, with the two teams coming and going, until reaching another tie, 11-11, which was sealed by a spectacular neckshot goal by Jeta Castagnola. But things would change from the seventh chukka onwards…

It’s been anyone’s game until the sixth chukka, until the one and only Jeta began La Natividad’s remarkable comeback, with three unanswered goals. And if that was not enough, Jeta and Polito added one goal more each, to have the deal almost said and done. La Natividad had a 15-11 lead when the last chukka commenced.

In that last chukka, La Natividad outscored La Ensenada RS Murus Sanctus 4-1 to seal an indeed remarkable 19-12 victory, a score that included no less than 14 goals by the indomitable Jeta Castagnola. Therefore, the win led them to decide League A against La Irenita Grand Champions, next Friday.

But beyond the final result, it is fair to say that both La Natividad and La Ensenada RS Murus Sanctus provided a remarkable match, a brilliant game that delighted the spectators, who appreciated the efforts of the two lineups.

The 12pth. Argentine Open will resume on Sunday November 20, with the two League B games. Please, note that times have been changed, due to rain forecast:

*Subs in for Pelón Stirling, due to an injury