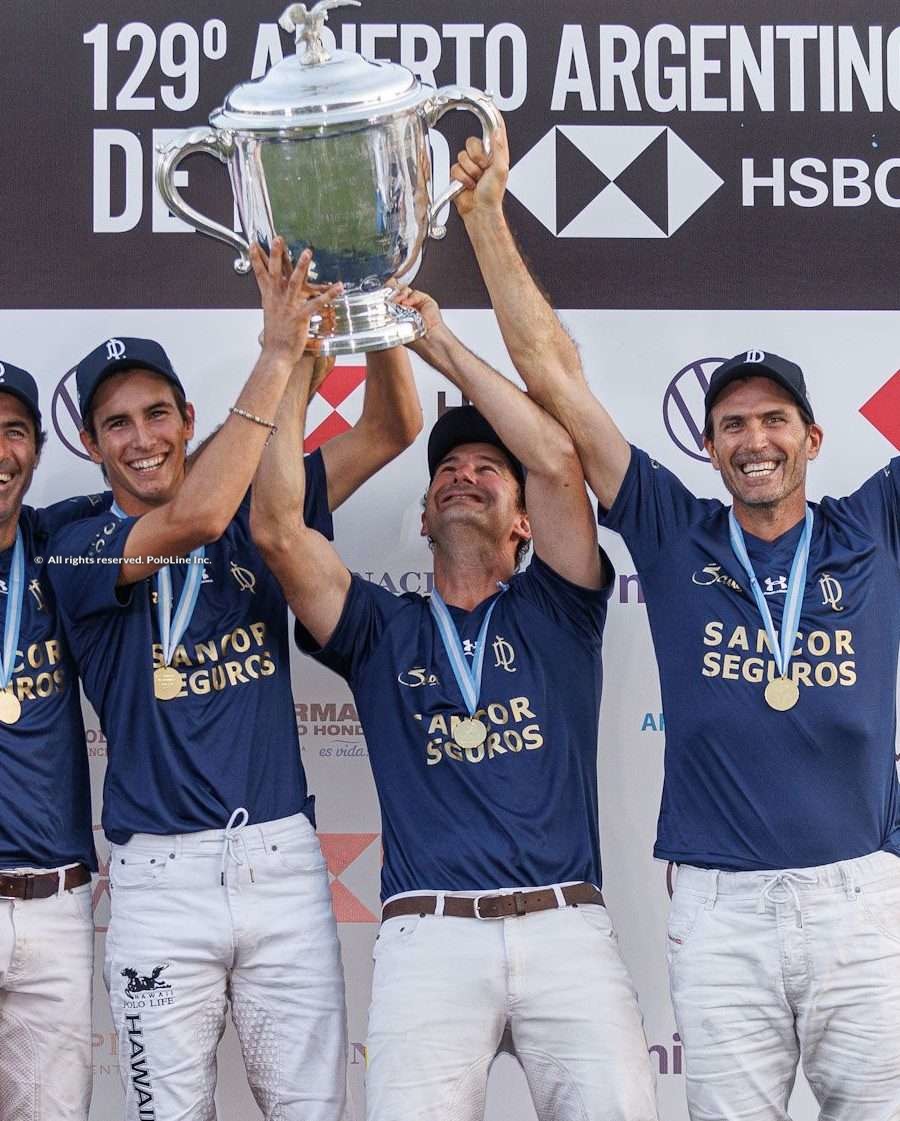 Friday, December 2, was a historical day at Palermo: The 129th Argentine Open came to an end with the most prestigious final in the world. The match saw reigning champions La Natividad and La Dolfina Saudi go head to head. The clash of the Cañuelas-based teams saw a father-and-son duo take on their nephew and cousins.  The eight chukka final took place at the Cathedral on a splendid sunny afternoon, in front of packed grandstands.

Several historic moments occurred that day, and this final was particularly notable because it was a rematch of last year’s contest between the two Cañuelas organizations. The match was also a tiebreaker of the 2022 Triple Crown: La Natividad claimed the Tortugas Open, while the Hurlingham Open went to La Dolfina Saudi.

The first chukka ended almost scoreless, but Poroto Cambiaso managed to convert two 30-yard penalties with just two minutes left to play to claim an early 2-0 lead. La Dolfina demonstrated their dominance by putting heavy pressure on La Natividad, blocking their every attempt to score. The same happened in the second chukka: while La Natividad improved their performance, they still were unable to find the flags. Poroto scored another goal, and in the last minute, a pass from Nachi du Plessis resulted in a goal by Jeta Castagnola.

Juan Martín Nero scored a remarkable goal at the start of the third to give La Dolfina Saudi a 4-1 advantage. Despite Poroto Cambiaso scoring for La Dolfina Saudi, La Natividad replied quickly with a 30-yard penalty conversion by Jeta Castagnola and an extraordinary neck shot goal by his brother, Barto, to narrow the gap down to just one goal (4-5). That third chukka finished exactly the way it started, with Juan Martin Nero, the back who became a forwarder, charging at full speed towards the goal to give La Dolfina Saudi a 6-4 lead.

In the fourth chukka, La Natividad found themselves somewhat overwhelmed by La Dolfina Saudi’s solid performance. Led by the one and only Pelón Stirling, who was in charge of sweeping every attempt of attack made from his opponents. As Pelón took on the role of back, the fourth chukka saw Juan Martin Nero score a couple of spectacular goals to give La Dolfina Saudi a 8-4 lead by half time.

It was expected to be a very tight contest, but suddenly La Dolfina Saudi took off, imposing their system. Perhaps that was what overwhelmed La Natividad, who were unable to find their rhythm. It’s worth noting that they only scored a handful more goals, when they usually score an average of 15 goals per match.

Adolfo Cambiaso opened the fifth chukka with his first goal, but Juan Martin Nero, the man of the moment, scored his fifth goal to give La Dolfina Saudi an impressive 10-5 lead. While the Castagnola brothers scored a goal a piece, La Dolfina Saudi retained their four-goal advantage until Barto Castagnola scored another remarkable goal at the start of the fifth chukka. But in the 30 additional seconds, a play between father and son ended up in a goal by Poroto, which meant that La Dolfina Saudi regained their four goal advantage.

Following a scoreless seventh chukka, La Dolfina Saudi were still in control. However, in the last chukka, La Natividad bounced back, with two goals from Jeta Castagnola to keep their hopes alive. But their dreams were broken into pieces when Pelón Stirling scored what it could be named the goal that sealed the deal. Adolfo Cambiaso, the world’s best player, then came through to give La Dolfina Saudi the 13-9 win and secure their 15th title in Palermo, tying with Hurlingham’s record and landing just behind Coronel Suarez.

The last time a father and son duo won the most coveted polo trophy in the world together was in 1983, exactly 39 years ago. Coronel Suarez II, with Horacio Araya and his then 17-year-old son lifted the cup in Palermo. But Poroto became the youngest player ever to claim the Argentine Open: because Benjamin was 17 years, 3 months and 11 days, while Poroto is 17-years and 6 days. The youngest so far, and a soon-to-be a 10-goaler.

Javier Novillo Astrada Award to the top scorer of the tournament: Camilo Castagnola (54).

Gonzalo Tanoira Award to the best mounted player of the tournament: Adolfo Cambiaso.