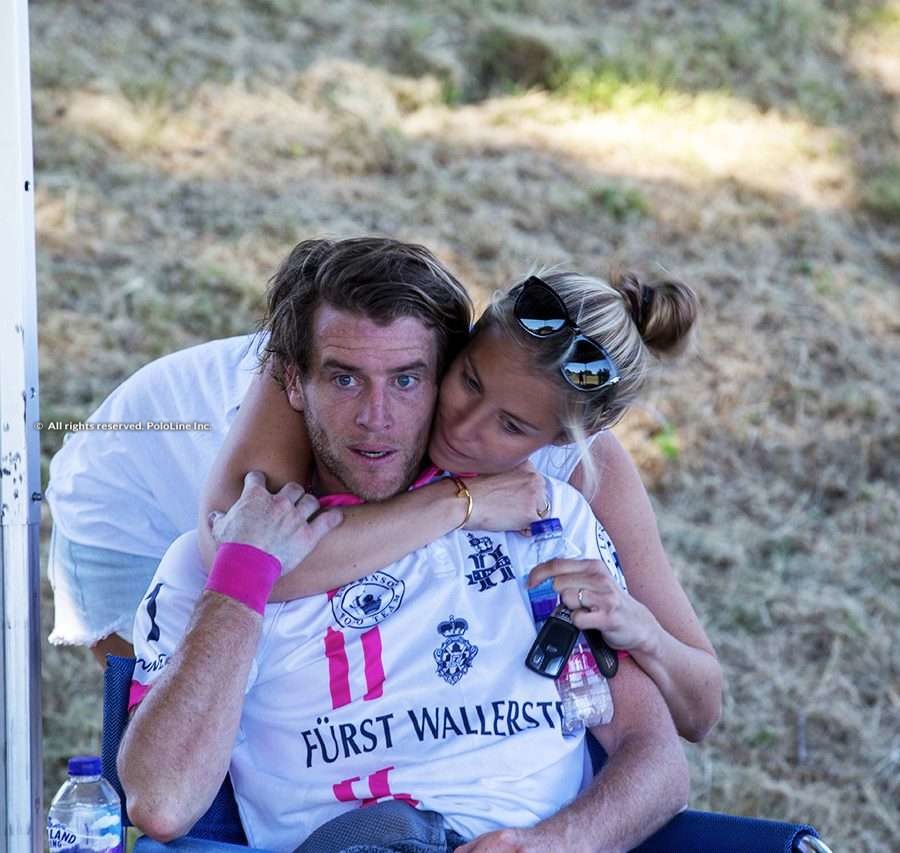 Tatler unveils the hottest polo players of the season

The hottest polo players this season have been named, according to society bible Tatler.

Prince Harry, who welcomed a son with Meghan last week, is among the players – many of whom boast impressive titles, celebrity connections and a net worth of up to £650 million to match.

The blue-blooded eligibles also include 20-year-old Maharaja Padmanabh Singh of Jaipur, who has walked for D&G, and the Earl of Tyrone Richard Le Poer, 31, who is the fifth generation of polo players in his family.

Unfortunately many of the horsemen are off the market, however a few are still available, for those hoping to be the next Meghan Markle.

Aged 32, and his wife princess Yoanna Otto, 30 – who is the daughter of German princess Anna Oettingen-Wallerstein – are known as polo’s dream couple.
Yoanna, who also plays polo, attended the wedding of Princess Eugenie alongside Charlie in October, and the two were named one of the best-dressed couples.

Aged 34, isn’t a professional player, but is said to have raised around £10 million playing at polo matches.
Last year Meghan was pictured cheering him on, and the pair sent tongues wagging when they shared a passionate kiss following the game.
Harry, who welcomed a son with the Duchess las week, is often pictured taking part in charity matches with brother Prince William.

With 20 years old, Charles is described by Tatler as one of Britain’s most ‘promising players’.
Tatler says: ‘He has three horses and a Hook Polo ambassadorship under his belt to date and recently competed in the St Moritz Snow Polo World Cup, where he first caught our eye.’
The young player boasts 3,000 followers on Instagram, where he keeps fans up to date with his riding, traveling and partying.

Like his grandfather, Bhawani Sing, Padmanabh, 20, is an accomplished polo player and the youngest ever member of a World Cup polo team in 2017 and the youngest winner of the Indian Open Polo Cup.
Crowned as the unofficial Maharaja of Jaipur in 2011, Padmanabh is a member of the former ruling family of Jaipur State, in present-day Rajasthan, India, and worth an estimated £500-650 million.
He has modelled for D&G and accompanied Reese Witherspoon’s daughter Ava to the Bal des Débutantes in Paris.

Richard Le Poer, 31, is the future Marquis of Waterford and fifth generation of polo players in his family. The former captain of the Young England Polo team, his profession takes him around the world. He married Flora Richardson last year, and shares sweet loved-up selfies of the duo to his Instagram.

Ignacio Figueras, 42, is described by Tatler as the ‘David Beckham of polo’ and ‘one of the most recognisable players in the world. He attended the wedding of Harry and Meghan, and is often pictured posing alongside the Prince at polo matches.
Nacho has modelled for a range of designers including Ralph Lauren, and was named the ‘Second Most Handsome Man in the World’ in a poll by Vanity Fair in 2000.
He has been married to Delfina Blaquier since 2004, and the pair share four children.