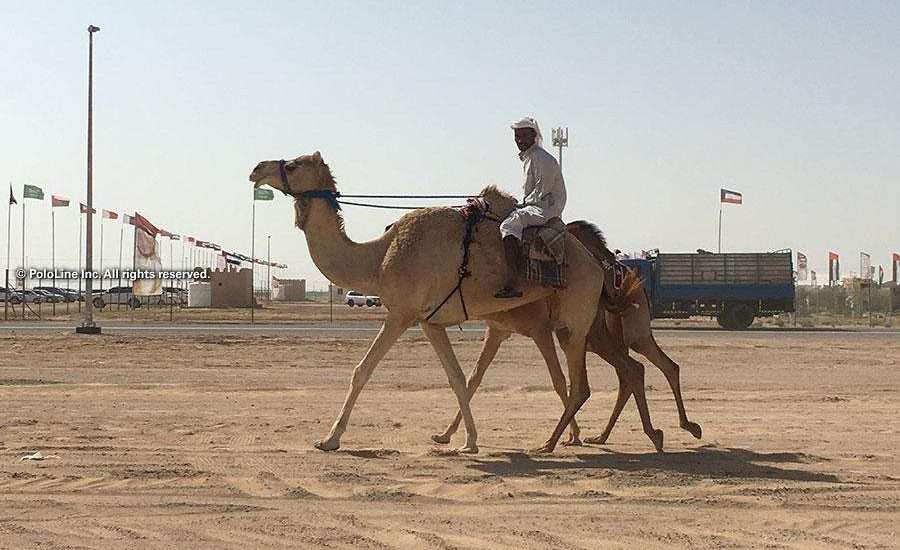 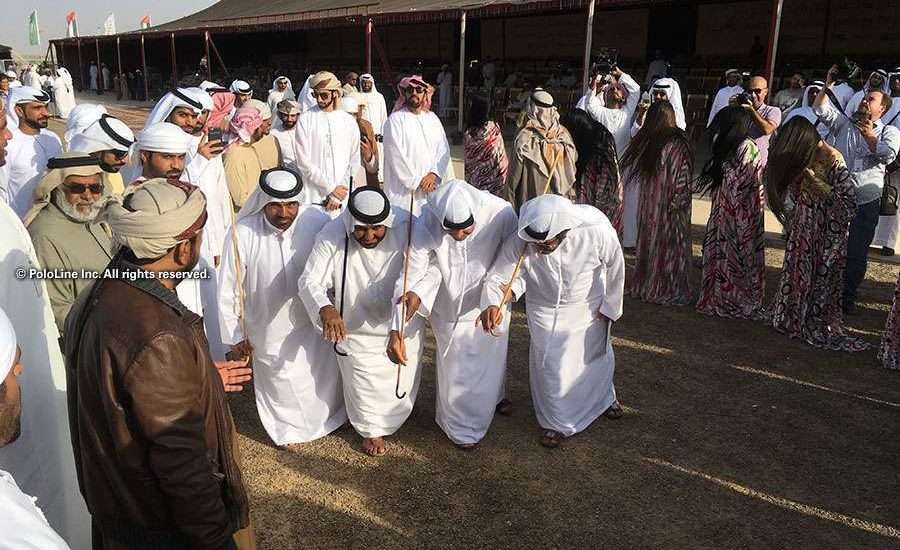 Sultan Bin Zayed Heritage & the traditions of the Emirates

By Alejandra Ocampo
Special thanks to Dr. Julio G. Oriol

The eleventh edition of the Sultan Bin Zayed Heritage festival, hosted by the Emirates Heritage Club and Sultan Bin Zayed’s Cultural and Media Centre (CMC), took place on Sunday, January 29, in Sweihan City, in Al Ain, Abu Dhabi, two hours from Dubai, in the middle of the desert.

The event has the daily presence of HH Sheikh Sultan bin Zayed Al Nahyan, as well as Ambassadors to the United Arab Emirates and seniors UAE officials. PoloLine received a special invitation thanks to Dr. Julio G. Oriol, Veterinarian Director of the Sweihan Camel Hospital. Dr. Oriol extended the invitation to two players who are currently participating of the Dubai Gold Cup Series: Manuel Crespo and Ezequiel Martinez Ferrario, with their wives and kids, Luciana D’Acunto and Lucas, and María Crimella and Rufino, respectively, as well as Habtoor Polo Team’s Veterinarian, Dr. Josefina Poklepovic.

During the two-week festivval, HH Sheikh Sultan Bin Zayed Al Nahyan pays tribute to the forefathers who made great efforts to keep the heritage, tradition and culture alive and pass the torch to the new generations.

There were an array of cultural and heritage activities: craftmanship, markets, saluki dog races and, of course, the worldwide renowned camel races. Those are held with jockeys who show their skills oin the saddle. Each winner is presented with a car. But races were not the only activities for the camels – they also had their own beauty contest as well!

The owners of each winning camel were presented with a 4×4 truck by HH Sheikh Sultan Bin Zayed Al Naydhan. The tradition points that the winning camel must get a saffron mark on the head and paraded through the desert, sorrounded by many 4×4 trucks, that usually make a lot of noise in order to announce the winner of the festival.

So, we have a whole year to prepare a camel and participate in the competition; who knows, maybe we will win a 4×4 truck!