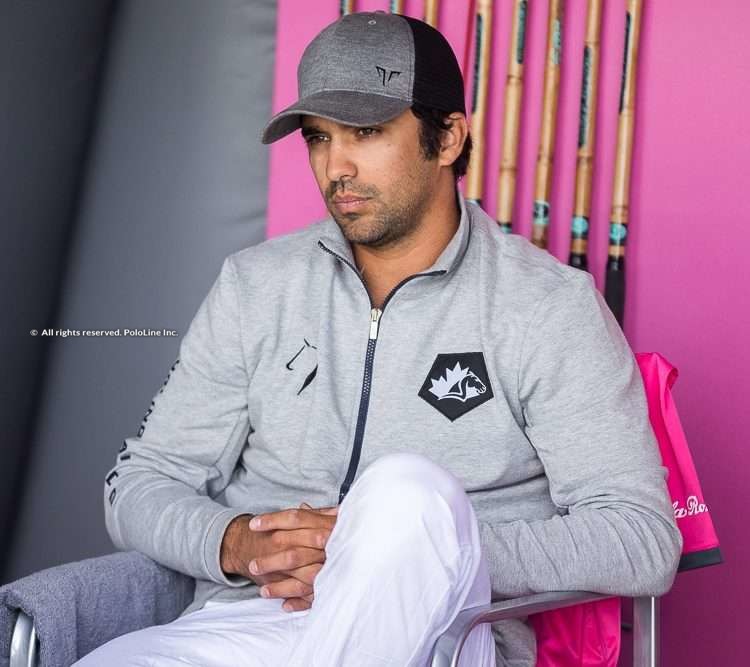 “With this team and this organisation, we have a chance at winning the Silver Cup”

The Dubai Gold Cup Series has kicked off and one team in particular has shown great promise: Ghantoot. Representing the team, whose organisation is based in  Abu Dhabi, is Juan Gris Zavaleta. The young Argentine has played in the last three editions of the Argentine Open, and now in Dubai, Zavaleta is leading his team and dictating their style of play. “We are doing well; we’re in a solid position,” he shares from Dubai. “Cholo and Cachete [Martín Donovan and César Crespo] played the 14-goal together and that helps a lot. Our positions are well established. The objective is to win the tournament, and with this team and Ghantoot’s organisation, we have a chance.”

For a fourth consecutive year, Al Habtoor Polo Resort & Club, one of the most developed polo centers in the world, is hosting the Dubai Gold Cup Series. “The fields at Habtoor are very good, they have improved immensely. That means that the matches are better and that every organisation performs better, too. The level is always very competitive, and there are better horses every year.”

After the Silver Cup concludes on Friday, Ghantoot will be able to fully focus on the Gold Cup, the most important tournament in Asia. After that, it’s time to head back home. “After Dubai I am heading back to Argentina, where I will surely play something. And then I am going to England to play the high goal with Monterosso, alongside Joaquín Pittaluga and Cubi Toccalino, and the 18-goal with Four Quarters, with Benja Urquiza and Igna Negri. I haven’t got anything lined-up for August, yet!”

After winning the Cámara de Diputados Cup before, in 2016 La Irenita was able to compete in the Argentine Open once again after going through the qualification tournament. The last three years have seen Zavaleta grow steadily as a player, and he has proven that he deserves his place in the Olympus of polo. “Playing the Open is 100% a positive thing,” tells Juan Gris. “It is what everyone dreams of, the objective of every polo player. It is also a platform for getting international jobs. You are playing at the best level of polo in the world, and that makes you improve massively, in every aspect of the sport. You learn a lot playing the Open, and most of all, you enjoy it, because it is a real effort to be there.”

It is already common knowledge that Zavaleta will form part of a different organisation this year. After Juan Britos left La Ensenada to join La Dolfina Polo Ranch, Zavaleta confirmed his place in the team. He shares: “I am friends with Facu Fernandez Llorente—he was the one to call me up. I guess that when Juano left they needed someone who plays up front, and I didn’t think twice when I received the invitation to join them. They had an excellent season, maintaining a good level in every game. They play with intensity, and I love that. I think I will be able to fit in quickly. I don’t know Juan Zubía and Jero del Carril as much, but they are great guys and I know that they have played together for years. It is amazing that they are playing so well and at this high level at being only twenty years old.”

No one doubts Zavaleta’s level as a player, but performance is not the only necessary requirement to success in polo. “Getting organised is always tough; horses are expensive, as is everything surrounding the sport,” he explains. “When you have the chance of playing in a big organisation, you have to make the most of the moment to get organised. At the end of the day, each player is their own business, and growing your business takes time, not just money. It’s like everything: If you work hard and do things well, and if you get good results, then you can build a good organisation.”

“In Argentina I have a partnership with Santiago Ballester,” concludes Zavaleta. “He has bred horses for years and is a real perfectionist. Coco Monsegou, and Ruso and Pepe Heguy also help me out a lot. I have worked with Diego Miguens for a few years, too, and he always lends me horses. It is tough without their help, because I take a lot of my good mares to England. What I do is buy mares from them to take to the UK, and they support me by lending me horses in Argentina.”