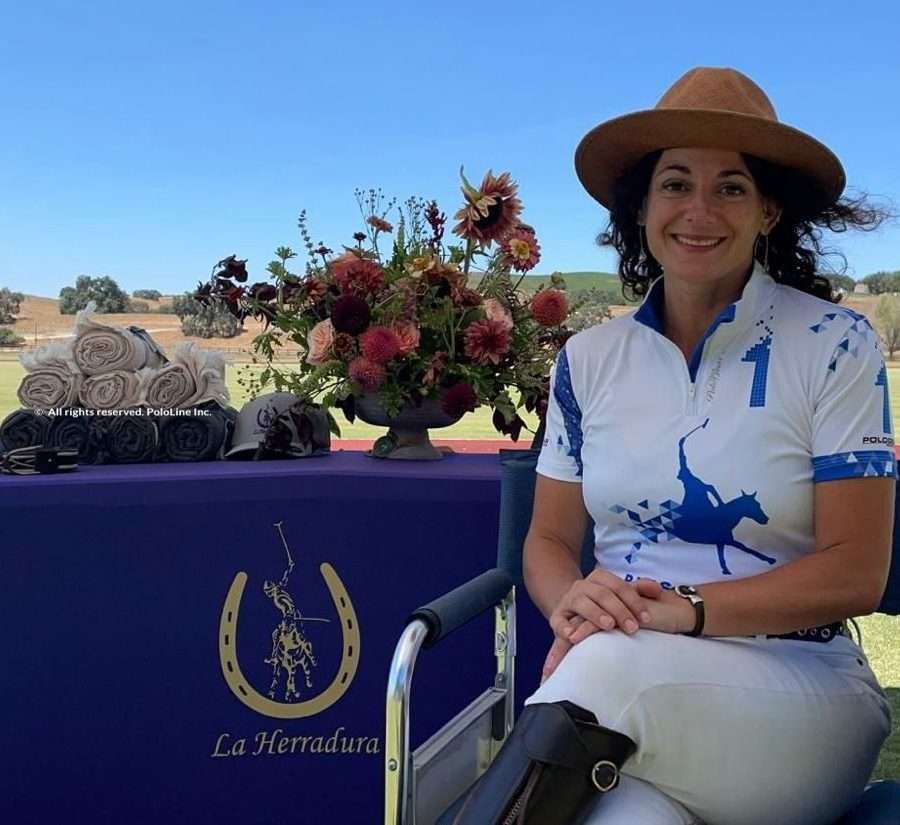 “With Bits & Bytes I can mix my two passions: polo and technology”

Is it possible to combine polo and the world’s best technology? Of course! That’s Aisha Quaitance’s objective when it comes to her team, Bits & Bytes. The team made its official presentation in a 14-goal Test Match played at La Herradura Polo Club, set in Santa Ynez, California. The event was a total success. Not only did Bits & Bytes win the match, but they played superbly as a team.

Bits & Bytes Polo Team was created by Aisha to mix her two passions: polo and technology. She is supported by her professional player, Ciro Desenzani and his club, Taqueada Polo. “We unveiled the club, Taqueada Polo, one year ago in California, 30 km from Silicon Valley, in an area that offers several possibilities,” Ciro told PoloLine. “It is an area that has grown a lot, and very quickly. I met Aisha last year, and she started to playing polo with me. We had the project to form a team. Aisha is an expert in technology, she is very passionate in everything she does, and has a strong goal–bringing polo to Silicon Valley, and represent Silicon Valley in both medium goal and high goal tournaments.”

In addition, Ciro, Aisha, and Bits & Bytes are blessed to have an incredible supporter and mentor, one of the best polo players in history: the legendary Memo Gracida.Gracida owns La Herradura and also played the 14-goal Test Match. The fourth man on the team was another high goal professional, Santiago Toccalino, a regular competitor in the Argentine Open, and winner of the high goal in Santa Barbara. “My club is very close to Memo’s La Herradura,” says Ciro. “We are very close friends, and you always have something new to learn from him. He is the top dog.”

Bits & Bytes aims to represent Silicon Valley, an area in California, United States, where all the major technology companies – Microsoft, Apple, Facebook, YouTube, among others – are based. The aim is to merge polo and technology.

Aisha, who is married to one of the founders of E-Bay and has two little children, lives in Silicon Valley. “I started playing polo one year ago, when I met Ciro at Taqueada Polo Club. It is a beautiful place, very professional. I feel very lucky to have found them. So, I took it very seriously, and made a start.”

When she arrived to Taqueada Polo, Aisha was lucky to have Ciro Desenzani as her teacher, as she herself explains: “Having found Ciro and the opportunity to meet his great friend Memo, was totally amazing for me. Memo is a gentleman of polo. When we met, I took a lesson with him, and he was incredible, a formidable player. I am looking forward to going back to La Herradura soon; his wife, Meghan, was an inspiration for me, and the whole organisation were great to me.”

What do you like the most about polo, both on and off the field?

Well, I am always busy with my job in technology; so playing polo obliges me to forget all the pressure in order to feel relaxed and have fun. And what I like about both activities, technology and polo, is the team work.

I think the best thing about polo off the field are the people, definitely. It is like working in technology – the contribution, making game strategies, the friendship, the mutual support. Without a doubt, polo is a family.

Having given her an introduction to polo, Memo Gracida is Aisha’s favourite player. But when asked about her favourites, she says: “My professional, Ciro, is incredible, the best teacher I’ve had; he’s been very patient with me, he has always been very kind. I wouldn’t be so confident playing polo without him. He believes in me and I believe in him. Santi Toccalino is incredible, as well, and I like Michel Dorignac a lot. And of course, Adolfo Cambiaso, he is absolutely brilliant.”

Your goal is to bring polo to Silicon Valley, and represent the area?

Of course. I have very deep roots in Silicon Valley, my husband was born and raised there, and I started my own technology company because, as I told you before, I really enjoy the team work. And as Silicon Valley is the most remarkable place for technology in the world, it is a place that attracts icons who want to know about polo. So my biggest goal is to represents Silicon Valley through polo, and at the same time, bring it here. And of course, to play the US Open! (laughs). I have friends in Palm Beach, so my biggest dream is to take Silicon Valley to Palm Beach.

Last but not least, Aisha spoke about her experience in the 14-Goal Test Match at La Herradura, in Santa Ynez, which was the official presentation of Bits & Bytes. “It was a remarkable experience, a dream come true to me. Having played a match with Memo, Ciro and Santi was definitely incredible for me.”