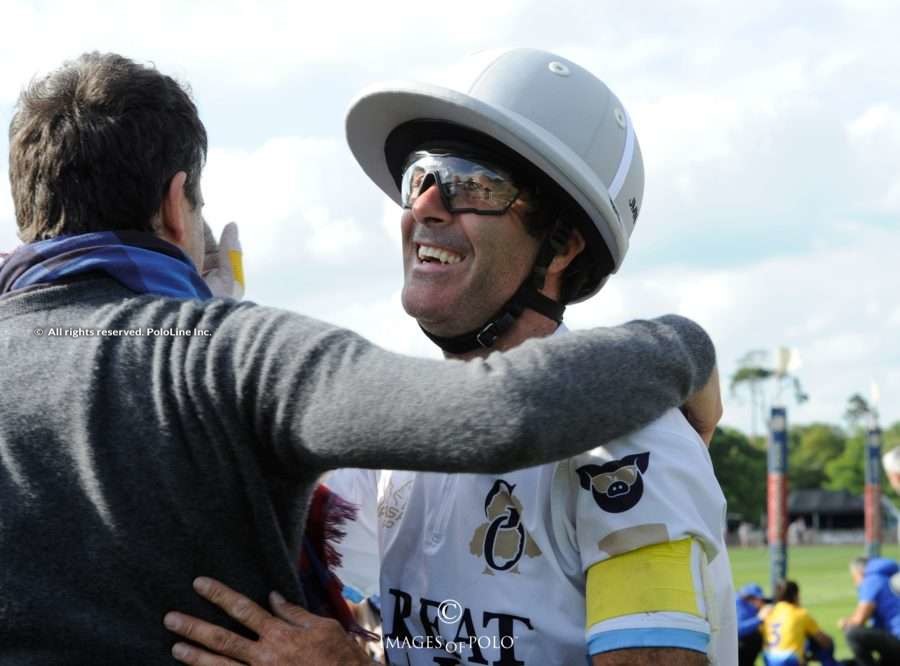 It is not easy to win The Queen’s Cup – the tournament is one of the most prestigious in the world – so winning it three times is a true feat. The last time Juan Martín Nero won the Queen’s Cup was six years ago, and he is still leaving his mark on the competition. In his first season representing Great Oaks Les Lions, he took the team to victory, securing the Queen’s Cup title. However, it has been an uphill climb for Nero over the last three years.

“First and foremost, I want to thank Jose [Josefina Aldanondo, his wife],” Juan Martín Nero told PoloLine after they defeated Park Place Vaara in OT in the Queen’s Cup final. “I’ve had two very complicated years, full of injuries, and finally I was well over this last year. It was a pain for her, she was a nurse, she took care of the kids, the family, she was always very supportive. It was not easy, it was hard on everybody, for my friends, my working team – everybody. There are so many people behind me, I don’t want to forget anyone. There are a lot of people I want to thank, too. We won today because of them. So I want to dedicate this to all of them.”

Playing alongside the Trenque Lauquen local in Great Oaks Les Lions was captain Dillon Bacon, James Beim and Cruz Heguy. After coming in second in the Prince of Wales Trophy, their expectations for the Queen’s Cup were high. But the tournament did not get off to a good start for them, as they lost their debut match to Scone. But that was the firts and last loss they suffered in the tournament.

“We set this team up in August last year, we put a lot of expectations on it,” shares Nero. “After all we’ve worked  for, bringing and buying horses, Dillon [Bacon] loaning some, everyone giving their best, looking for horses – winning the Queen’s Cup is awesome, it is a dream come true. It’s very hard to win, there are many good teams, many good organisations, and sometimes you just need luck. And today we had it.”

Great Oaks Les Lions were three goals down in the final chukka, but they managed to make a comeback and force the game into OT. “It was really tough to  reach the final,” says Nero. “It’s a tournament with fifteen good teams, so having won it the way we did is unbelievable. I’m so happy right now. Of course, it’s better when it happens as it happened to us. We were losing by three and suddenly we tied the game, so you get more confidence. On the other hand, for them, winning by three, then having your opponents tie the game, its tought because you almost had the win. But I don’t think that we set the pace in OT; they were unlucky with a 60-yard penalty. Juano [Britos] ended up taking it from a dip; maybe otherwise he could have scored. We missed an opportunity at first, where the ball hit the post. At the end of the day, there are no favorites when you go into OT.”

Fifteen teams played the Queen’s Cup at Guards, and Great Oaks Les Lions run out the champions for a second time, with a goal scored by James Beim in extra chukka. Their first Queen’s Cup title was in 2020. “It was very tough to qualify for the final, and to have won as we did is incredible,” concludes Nero.