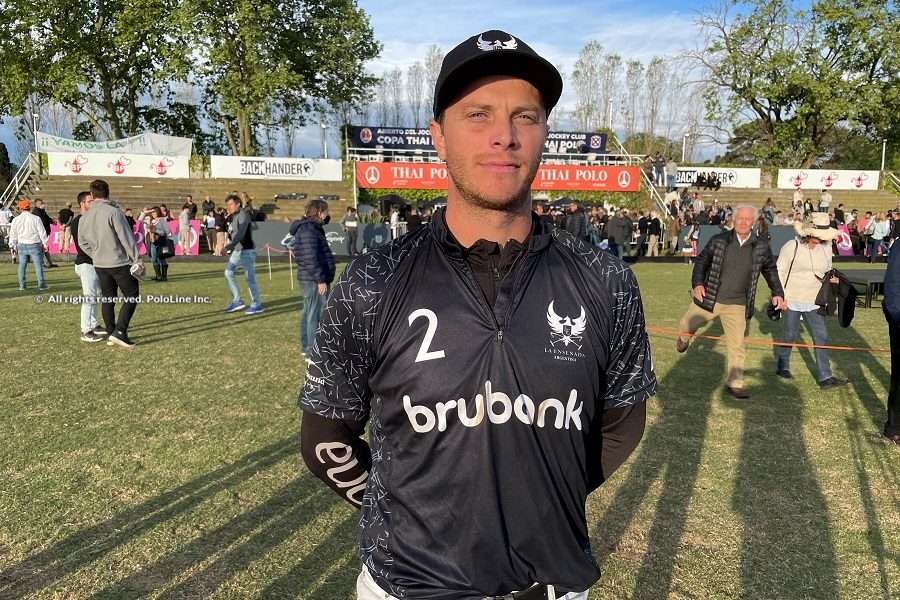 The championship match of the 56 Jockey Club Open Thai Polo Cup had many special moments; a game that saw many changes in the scoreboard, until La Ensenada could be able to find the way to victory. And definetly, one of the men who was responsible for this well deserved title, mostly during the most difficult moments of the match, was Alfredo Bigatti, who displayed all his skills and produced crucial goals.

“We were going to play the Jockey with (Juan) Britos and (Juan Martín) Zubía. I was in England with Barto (Castagnola), and we set up and amazing team. And we came over to win this thing, we came to win. The first day we didn’t play well, but we went little by little and we ended up conquering our goal I believe”, says the man who wears La Ensenada’s number 2 jersey.

This is the second year Alfredo Bigatti plays with La Ensenada; it is worth noting that in 2020 the team’s name was La Ensenada La Aguada. Now, in 2021, La Ensenada features a complete lineup, with Alfredo Bigatti and Juan Britos playing together again. Both players decided to start playing high goal at the same time, back in 2016, 2017 until they parted ways: Bigatti made his debut in the Triple Crown with La Aguada, while Britos would do the same in the following year with La Ensenada.  “After we won, we were talking about that with Juano, that we got together after some years, because we started together in this; then we took separate ways because I started playing with La Aguada, but that was due to destiny things. And today, to have the chance to playing together again, to comer over and win, it’s absolutely great, kind of casualty, but great”, the Chascomús-born player points out.

Back in 2017, when Alfredo Bigatti got a call to make his debut in the Triple Crown, subbing in for the injured Eduardo Novillo Astrada Jr., his personal situation with regards his own organisation was completely different. Thoroghout these years, he has set an organisation that is closer to his expectations every day. About this issue, he says: “I think I grew a lot in terms of organisation, I go day by day, trying to improve as a player; I also think that year after year you get more experienced, but there is still a lot to go, a lot. To be where I want to be it will take a while. But year afteryear you take new steps and you improve”.

Last, but not least, and with the Triple Crown just around the corner, he concludes:  “We will start the Triple Crown against La Natividad, is going to be really tough, but having the chance to play the Jockey with Zubía and Britos helps a lot. Jero came a bit later, but we already have a team practice and we are all set to start, very excited”.