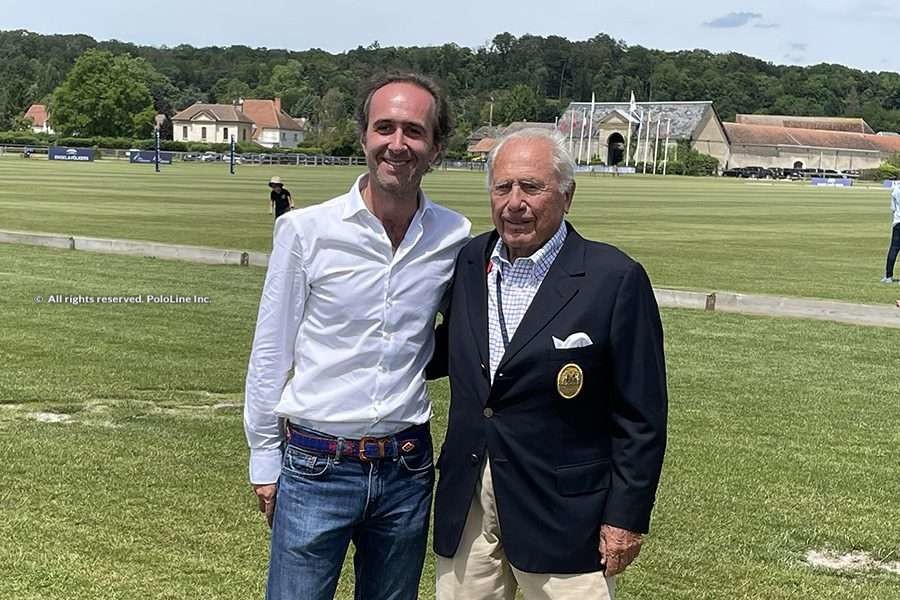 “We need to get together for polo”

On January 15, Jean-Edouard Mazery was appointed the new President of the Féderation Francaise de Polo, stepping in for Jean-Luc Chartier, who held the position for  30 years. The driving force behind Deauville International Polo Club, Jean-Edouard’s first challenge was the start of polo season in France on June 9, following the restrictions relating to the pandemic, and to support to the first edition of the Polo Rider Cup, that came to an end at Polo Club du Domaine de Chantilly on Sunday June 20.

“The Polo Rider Cup was a chance for French polo, and the whole polo community, to have a World Polo Club Championship,” Jean-Edouard told PoloLine. “It’s great for France to welcome all these clubs, players and horses. I’m really happy for the sport, because we needed new tournaments, and this is a part of a whole new generation of polo, so that’s great!”

Mazery, as the President of the governing body of polo in France, went to Chantilly to stand beside Patrick Guerrand-Hermès, the founder of the Polo Club du Domaine de Chantilly, during this new tournament. The championship received massive support from the polo community. As Mazery stated, the Polo Rider Cup became a World Championship of clubs of sorts, since some of the best polo clubs in the world competed in the tournament.

“I am very grateful for all the support we received,” says Mazery. “The first mission was to have all these players coming from abroad, which is quite difficult because of the pandemic. But at the end we had the support of the French administration to obtain the visas, so that was the first step. They all came and we had a great championship.”

Following the success of the Polo Rider Cup, Mazery feels confident in terms of the development and growth of polo in France, and the challenges he faces ahead: “I’m happy, because all the clubs in France want to move forward”, he says. “This includes all polo – polo for kids, polo for women. I think we are going to build something new in France, but at the top of that, we are going to work with the Federation of International Polo, and that’s the most important thing. I think we need to get together for polo.”

“I want to thank PoloLine for being here, it’s a great pleasure, because you have been supporting French polo for many years and we really need you,”  he concludes. “Thanks a lot.”

WATCH THE INTERVIEW ON POLOLINE TV: Jean-Edouard Mazery at the Polo Rider Cup