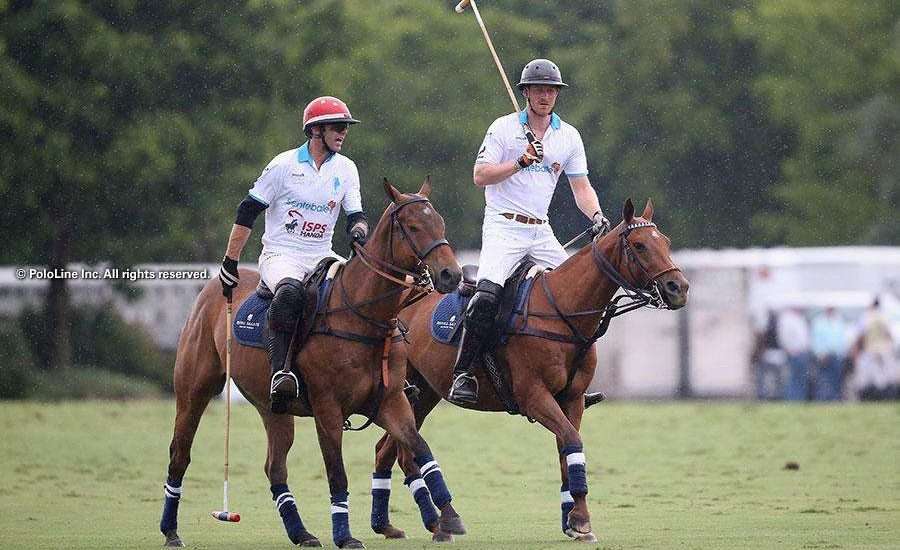 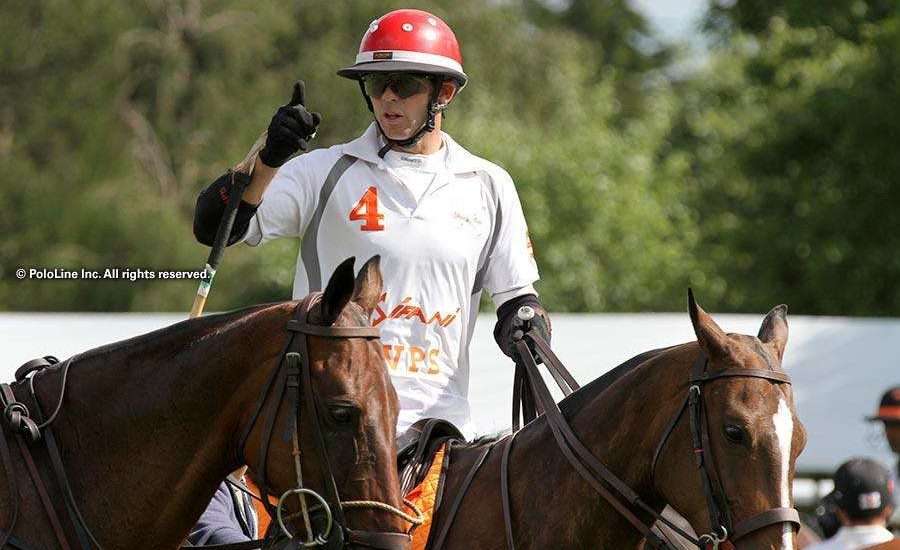 The best players in the world are set to compete in the Queen’s Cup at Guards Polo Club. The tournament kicks off on May 22, and will see eleven teams in competition. The competition is special for many reasons, but stands out because the trophy is presented by none other than HRH Queen Elizabeth. The last team confirmed to play was Clinova; the team line-up includes Malcolm Borwick, who returns to play the English high goal after a couple of seasons. “It is great to be back playing in the high goal, it is the ultimate challenge, measuring yourself against the best in the world; however, there is also a certain amount of trepidation as every year the competition gets harder and harder. The organisations seem to grow in size and as we know in polo there is no secret recipe, it is all about horsepower, planning and having an under handicapped team,” shares Borwick.

He completes: “We are going to play the Murus Sanctus Trippets Challenge and the Cartier Queen’s Cup with Nico Pieres, Juan Gris Zavaleta and Adrian Kirby. The team name is Clinova.”

One of the objectives of Clinova was to break habits and be more than just a polo team, and they worked to come up with a more interesting concept: “When I started working for Adrian he was adamant that we could create a sponsorship platform using his Cortium Sports facility outside Haslemere. I was told to go and bring in a brand or two who shared his vision. Clinova is a British Pharmaceutical Company that makes lifestyle and wellness products, specifically re-hydration tablets called O R S. They are partners with Tottenham Hotspur FC and Saracens Rugby club, so are used to working in elite sports. They are a long term partner to British Polo Day and have seen great return on their investment in Polo and wanted to increase their presence in England away from the traditional format of using Tournament Sponsorship. This is the start of a partnership between Cortium Sports and Clinova that we hope will last for a long time,” he states.

What’s your view on the English season? Despite the restrictions, there are a good number of teams this year and many people want to participate in the season.
I think we have to qualify a couple of things. Firstly, what do we deem to be the “success” of the English season; I have played the high goal for 17 years in England, and have seen years with 20 teams playing the Gold Cup, so having 11 teams is a healthy number, but I am not sure it can be called a success. The HPA have facilitated two additional teams this year by offering reduced handicaps to a couple of patrons and therefore boosting the number of teams. So if it be success to have 11 teams then credit must go to them for thinking on their feet. There is a problem in the High Goal; the gap that is being created between the mega organisations, and the other teams. In the years with 20 teams there was a belief that a team formed in February or March could do well, using a moderate budget and choosing players who were residents and well mounted, it was worth the investment to have a go. That team has all but disappeared with the gulf between the team that mounts its third pro completely, on horses that will be better than the head pro of the lesser team. I know there is no easy fix to this, as it is the evolution of sport, but it is an issue. The costs have become too high. The ‘English Season’ with all its traditions and heritage has attracted patrons from all over the world to come and play for years. I believe that we need to protect that and ensure that we continue to offer a product that entices the next generation of patrons and hopefully companies to invest in polo.

Besides the complex status of the high goal, the 15 and 18-goal season last year was very successful. Borwick states: “It is worth noting the relative strength of the 18 and 15 goal levels, against the real weakness of the low and intermediate levels. The 15-goal is flourishing and is extremely competitive, but the lower levels are struggling. These two realities are a direct result of the government imposed “restrictions”. The 15-goal boom has been caused by a number of 12-goal patrons, whom wished to keep employing their non-EEA grooms and professionals, have made the jump up to the 15 goal, but those patrons who felt that that jump was too great are totally disenfranchised. I have long said that players should be welcomed here if legally compliant and adding benefit to the sport in the UK. We should not place any further restrictions on the patrons. We need to find a way to stimulate the grass roots and 8-goal level as this is the life blood of the sport in the UK. In-fighting and divisive legislation in the sport is not going to help create an atmosphere that will convince new players to dedicate considerable time and money to a hobby.”

How do you see the general relationship between the players and the patrons? Do you think that younger players have a different relationship than the one players of your generation had?
Each player will have a different relationship with their clients, some are very close friends and work together for many years, and others are just pawns in a game of chess. When I started playing the High-Goal in 2000, I remember being told off for going to bed at 3 am because the ‘boss’ was still up. There were other demands rather than just winning polo matches, that inevitably lead to a closer personal relationship with the client. For better or worse, that now is the exception not the rule. I also believe that the hard yards of a polo career should be done in the low goal, learning to run a team and find out what makes the sport attractive to new patrons rather than just parachuting into the high or medium goal as an asset to be used and disposed of. There will always be talented players that fly through the ranks, but there is no harm in a bit of graft in the low goal. I am not blaming the younger players for not forming the relationship with the clients that we may have done previously, there has to be give and take from both sides. If we could create a system of polo in the lower and intermediate goal levels where winning at all costs was not the objective, we would have a chance to re-introduce the fun and increase the participation levels of the patrons. This would go a long way in helping the young pros develop bonds with their clients.

How much did that influence the development of your career?
I have been very fortunate and irrespective of what happens from here on, I have had an amazing ride playing polo. There are three phases to a polo career and I have been fortunate in the third phase to integrate a lot of commercial and corporate relationships in to my playing jobs. This has given me great experience and enabled me to keep on playing at the top level.

What’s your opinion of the visa conflict?
I have touched briefly on the subject earlier. I have always believed in creating a level playing field, and beyond that patrons who are spending money on the sport should have the ability to choose with whom they want to play. What does that mean in real terms? Legal and fiscal responsibility, compliance to the laws of the country where you are working and that is enough. I believe the decline in the low goal is due to the lack of very hard working Argentines who used to come and put their hearts and souls in to running some of the provincial clubs, and I would love to find a way to create a “club manager” tier of employment that on a discretionary basis could be used to support those areas around the UK that need a non-EEA pro to come in and work. At the upper level there has not been to much real damaged caused by the governments change of position, but a significant change in attitude and relationship between the players.

Malcolm Borwick has not only been in the media for his sporting victories at the highest level, but also for participating in many polo events with members of the royal family. He has taken to the field with Princes William and Harry on many occasions. He shares: “I have been very lucky to play with and against Prince Harry and The Duke of Cambridge a lot over the last 15 years; the Princes have used polo to raise a great deal of money for their respective charities, and it has been a mutually beneficial relationship between the sport and the foundations. The “Royal Polo Days” have given many corporate brands an easy ‘in’ to the world of polo, and some such as Royal Salute have gone on to sponsor the sport generously over the last 8 years. Personally, it has been an honour to have been involved in the expansion of this circuit and has given me a close personal relationship with both of the Princes.”

“I would really like to see an increased engagement with the steaming of polo in the UK and globally. We need to stop the in fighting amongst the clubs, HPA and commercial entities. The ideal would be a global streaming platform that could host all the different channels, almost a one stop shop where people could log on and access whatever tournament they wanted to watch or interview they wanted to read. Together we could be a strong global brand, but separate all looking after our own corner we will never achieve the impact needed to be attractive to global brands. Strong commercial leadership is need, and the tit for tat style disputes between the organisations have to be resolved. The sport still has an incredible pull and we need to keep making an attractive dynamic product to entice the next generation,” concludes Borwick.