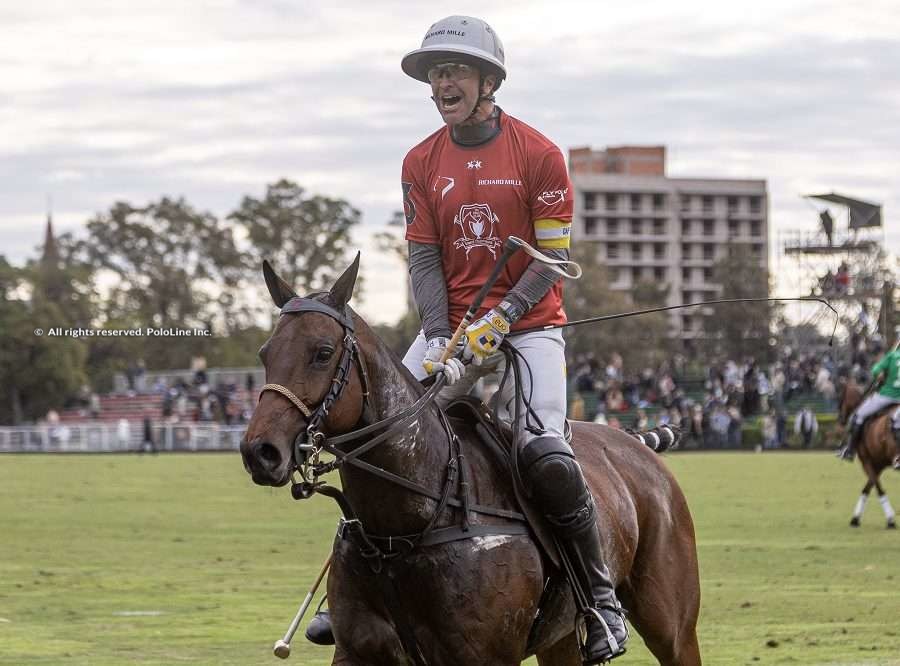 The season was expected to be very tight, with many surprises. Only a week after La Ensenada RS Murus Sanctus beat Ellerstina, La Irenita Grand Champions defeated title holders La Natividad in an spectacular match that decided League A of the Hurlingham Open, the second leg of the Argentine Triple Crown. The win gave La Irenita Grand Champions the first spot in the tournament final.

How did the lineup commanded by Pablo Mac Donough manage to achieve such success in their first season? “We always believed in ourselves, and spent last week encouraging ourselves, saying that we would be able to win if we played well,”says Pablo Mac Donough, the team’s captain, to PoloLine after the game. “I have such an exciting team, the boys are all much younger than me and they are hungry for glory. Today, we decided to give our best in every play, without thinking about the result, in order to have a chance to win. And that’s what happened. We could have lost, as well, but at the end of the day we deserved the win, mostly in the last chukka.”

Mac Donough, the best number 3 of his generation, is wearing the family team shirt in the Triple Crown, after 20 years. Of course he has nothing left to prove, but now he has the support and enthusiasm of his new teammates – Juan Britos, Francisco Elizalde and Juan Martín Zubía) – who will be looking for their first Triple Crown title on Saturday. As he explained before the start of the season, this was crucial to set the team up. “When last year’s season was over, I was not sure at all about what I was going to do,” explained the 11-time winner of the Argentine Open. “Then, in December, around Christmas, I saw the chance to put a team together, composed of young people, with skills and talent (…) I was looking for a different motivation and I think I found it in this team.”

What’s coming up next for La Irenita is encouraging, although Mac Donough prefers to be measured. “You always dream about this,” he says. “We knew perhaps we were one step … No, not perhaps, we are one step behind the three great teams. But it is a very tight and even season, with results that aren’t always expected. And why not beat La Natividad? We knew we had to play very well, and finally luck was on our side.”

The 10-time winner of the Hurlingham Open and 2021 runner up (with RS Murus Sanctus) is still waiting for League B to be decided, where La Dolfina has a clear advantage over Ellerstina. That’s why he is going step by step. “Today we will celebrate and tomorrow we will think about the final,” says Mac Donough. “Any team who we have to play against is very tough, as was La Natividad. But if our horses are doing well, if we believe in ourselves and if we have a good day, we’ll have a chance to win. In order to achieve it, we should remain concentrated, and play very well, whether it’s against Ellerstina or La Dolfina. There’s not much we can do but give our best and stay focused.”