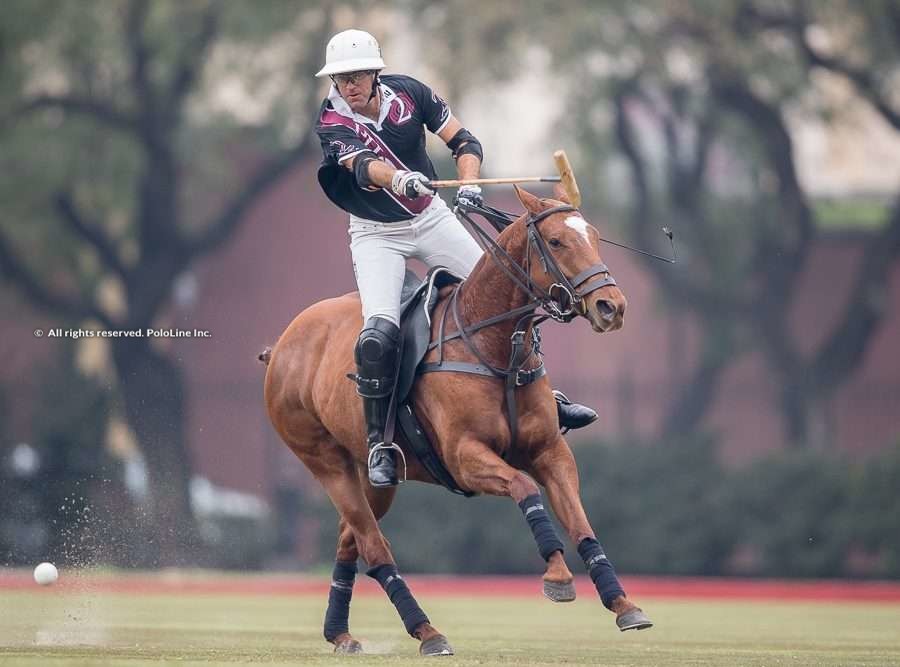 “We are set on winning the US Open again”

One of the strongest and most competitive polo organisations in the world—that is how we could describe Pilot, an organisation that has just debuted in the 2020 high goal season in Wellington. Not only were they undefeated champions in last year’s Gauntlet of Polo at International Polo Club Palm Beach, but they also qualified for the final of the San Jorge Open and claimed the Jockey Club Open title in Argentina, beating a line-up composed of three 10-goalers.

This year, Curtis Pilot is back, and he recruited the Pieres brothers—Facundo and Gonzalo—once again, in a bid to defend his 2019 titles. Gonzalito, the eldest son of Gonzalo Pieres, not only won those titles with Pilot last year, but the Ellerstina player’s handicap was raised back to 10-goals in the States.

“I am very happy about representing Pilot once again,” Gonzalito tells Pololine. “The organisation is terrific. We are set on winning the US Open once again, so we are focusing all our energy and our horses on securing the title.”

The organisation decided to start the season with the Ylvisaker Cup, just as they did in 2019, and they claimed a win in their debut match. This first tournament is important, says Gonzalito, because “it is always positive for the player that joins us to have the chance of playing something before the Gauntlet starts, and it also gives us time to focus on our horses, so as to start the CV Whitney in the best way possible.”

While Facundo Pieres is not competing in the Ylvisaker, and Curtis Pilot was not on the field in the team’s season debut either, 2-goaler Lucas Escobar, the youngster that will play alongside Curtis and the Pieres brothers in the Gauntlet of Polo, did play the first match of the 18-goal tournament for Pilot. “Lucas played very well in California,” explains Gonzalito. “He is young, just 17 years old, he is learning a lot, he is talented, and he plays well well off his handicap. We made the change last minute, and he was our best bet.”

The season will be a challenge for the professionals, but also for Curtis Pilot. The organisation has had much success over the last two years, and Pilot is looking to continue growing. “Curtis seems to be in good shape, very excited, he is total fan of the sport and he loves horses,” shares Gonzalito. “It is a pleasure playing with him. Sharing the field with him, and playing with Facu again, is spectacular. What Curtis achieved in Argentina was amazing; he went out there, played, he improved his speed and his vision of the game. He played the San Jorge Open, as well as the Jockey Club Open, and he ended up winning the latter. It was a great experience for everyone.”

This season Pilot are looking to improve further, despite the fact that in 2019 they won all three tournaments that form the Gauntlet of Polo, without losing a single match! “We set the bar very high last year,” says Gonzalito. “Things worked out the way we planned, and it was amazing. But Curtis knows that these things can happen, or not. He is very grateful, he had a fantastic time, and he wants to do it all over again.”

How is the team feeling in anticipation of the Gauntlet of Polo, compared to this time last year?

We are feeling good. It may have been the case that last year the team was put together earlier in the year. We already knew that we were going to play with Colo González, and he went to Argentina to play practices, and we had put together a list of horses that we thought would suit him. This year we are not so organised in that sense, because there have been last minute changes. The horses we brought to the States and that Curtis bought were done so with Mackenzie Weisz in mind, but now Lucas is going to be the one playing with us. So we are going to try and adapt everything to him, and if we have to change the horses, we will do so. That is the difference between the 2020 season and last year’s season.

Lastly, analysing his rivals in the American Triple Crown, Gonzalito Pieres shares: “There are a lot of competitive teams this season. They are very well organised, with a year of experience, too. Tonkawa is looking good, as is Las Monjitas, who will now play with Mackenzie. Park Place is looking strong, as is Equuleus. La Indiana seems to be a solid team, I think they will be one of the best of the season. We will see how it all plays out, but on paper, they all seem to be very good. And there are also very balanced teams, such as Dutta Corp and Daily Racing Form. It’s going to be a great season.”